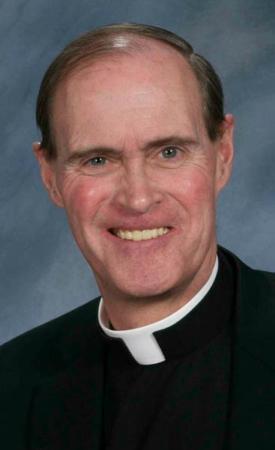 BRAINTREE -- Cardinal Seán P. O'Malley has appointed Father Brian R. Kiely as Episcopal Vicar of the West Region in the Archdiocese of Boston. The effective date for Father Kiely's appointment will be finalized in the coming weeks.

Cardinal O'Malley said, "Father Kiely is an experienced pastor who has a deep understanding of the parishes of the archdiocese and has demonstrated strong leadership skills. During my time as Bishop of the Virgin Islands he provided very effective and helpful pastoral service at a time of need. His knowledge of the West Region of the archdiocese will be a blessing for the parishes and faithful of the communities there."

In addition to his leadership of St. Patrick Parish, Father Kiely has served at Holy Family Parish in Duxbury, St. Catherine of Siena Parish in Norwood, St. Jean Baptiste Parish in Lowell, St. Francis of Assisi Parish in Dracut, St. Theresa of Lisieux Parish in Sherborn and St. Thomas the Apostle Parish in Millis. He has served on the Clergy Personnel Board, Presbyteral Council, St. Sebastian's Board of Trustees, the pastor's advisory board for the Promise for Tomorrow campaign, and the board of iCatholic Media.

It had been recently announced that this coming June Father Kiely would begin an assignment as pastor of St. Agatha Parish in Milton, a parish collaborative taking part in Phase 2 of the archdiocese's pastoral plan Disciples in Mission.

"As has been the case numerous times during the course of his priesthood, Father Kiely has generously accepted the call to a new assignment," the archdiocese said. "In the coming weeks there will be further information concerning the leadership of St. Agatha Parish as a new collaborative."