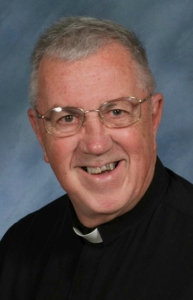 When Cardinal Cushing ordained him and his 74 classmates on Feb. 2, 1959, he said there were so many priests some might never be in a parish assignment. Not so, with Father Gosselin his whole priestly ministry was in parishes across the archdiocese. He had at least one assignment in each Region except the Central.

During 47 years of active priestly ministry, the Lawrence native was assigned as an assistant or associate from 1959 to 1976 at St. Mary of the Nativity, Scituate; Our lady of Grace, Chelsea; Our lady of the Rosary, Stoughton; St. Joseph, Woburn; and St. Mary, Ayer.

Cardinal Medeiros named him moderator of the team ministry at St. Joseph, Medford (1976-1987), following which he had a sabbatical in Chicago, Ill. He served for one term as pastor of Immaculate Conception, Newburyport (1987-1993); and then as parochial vicar in three parishes between 1993 and 1996: Holy Family, Rockland; St. Joseph, Malden; and St. Mary of the Sacred Heart, Hanover.

In what would be his last parish assignment he returned in 1996 to familiar territory as pastor of St. Mary, Ayer where he had been an assistant (1972-1976). On his retirement from Ayer in 2006 he expressed his delight at always having been in parish ministry and the happiness he had in serving in so many different parishes.

Born in Lawrence Aug. 30, 1932 he was a son of the late Wilfrid and Marie Ann (Godbout) Gosselin and an alumnus of Central Catholic, Lawrence. He attended archdiocesan seminaries before his 1959 ordination. His sole immediate survivor is his sister, Pauline Dean of Methuen.