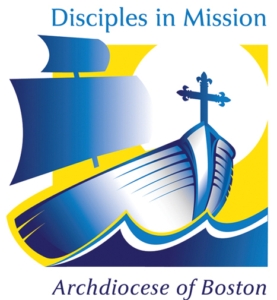 Is there going to be a delay after Phase Two? When will Phase Three start? -- There will not be a delay. Phase Three will start in June of 2015. When Disciples in Mission was promulgated, we still envisioned a timeline in which Phase One would have a modest number of collaboratives (10 to 15) and Phase Two would have an aggressive number of collaboratives (50 or so), then there would be a delay to give us time to get all 50 up and running. After we got Phase One underway, it became clear to us that the idea of starting 50 collaboratives at once was unworkable, and we adopted the "20 a year until we're done" timeline, which is much more doable.

When will the Phase Two pastors be named? When will they start? -- We are hoping that the Phase Two pastors will be named in early January. The collaboratives will be inaugurated on June 3, 2014. In preparation, the Pastors will do their first week of training in March, and their second week in May. Parochial vicars, who will be named throughout the spring of 2014, will also do a week of training in May.

How are things going in Phase One? -- The Phase One collaboratives are moving along very well. This week marked their six-month anniversary. The statistical data we have in -- both Mass counts and the first quarter financials -- show that they are approximately tracking archdiocesan trends, which is excellent. We had been prepared for the sort of drop off one sees for the first year after any major change, but that has not occurred. Two years from now, we believe that they will begin to mark significantly above the trend lines, but that is going to take some time.

How is the Phase One training going? Who is being trained? What is the training like? -- We have thus far completed three of the six stages of training for Phase One. The first stage was to train all of the people who work for the Central Ministries of the archdiocese (about 200) -- eight days of training in the new evangelization, in catholic leadership, and in general topics. This happened in January, February, and March of 2013. The second stage was to train the 12 Phase One pastors -- eight days of training in May of 2013. This training was intensive, and mixed evangelization, leadership, and general topics into one large, very hands-on workshop. As a follow up to this Stage Two training, in September the 16 parochial vicars of the Phase One parishes came for a couple of days of training specifically sculpted for them. In October and November, the third stage of training took place, which was for pastoral councils, finance councils, and school boards. This was a total of 15 hours of training for each councilor, in things like "How to give witness talks and how to use them in a Parish," "What does a Local Pastoral Plan look like," "How can shared costs be allocated across the several parishes of the collaborative," and "What is the difference between an assumed and an imagined constraint." Some 200 councilors went through this training. In January and February of 2014 we will be training the pastoral teams -- about 100 professionals who are working in our collaboratives. In March of 2014, we will begin to work with each pastoral team individually, at their own site.

What's ahead -- what's the next big step for these collaboratives? -- This one is easy to answer. The next very big and very important step is the formation of Local Pastoral Plans. The collaboratives will start work on these in March. We'll have an update for you on that very soon.

[Information provided by the Office of Pastoral Planning for the Archdiocese of Boston.]