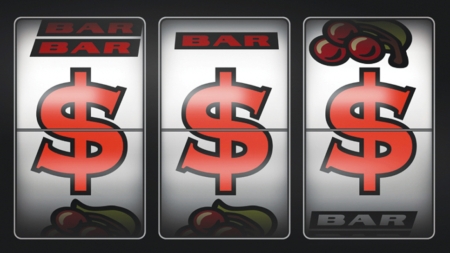 BOSTON -- Casino opponents in the commonwealth said they were "stunned" and "very disappointed" when Attorney General Martha Coakley rejected their bid to start a signature campaign that would allow voters to overturn the 2011 casino law. On Sept. 13, Repeal the Casino Deal, the group in charge of the campaign, won an injunction in court and will begin the signature drive on schedule.

Organizers need to collect at least 68,911 certified voter signatures between Sept. 18 and Nov. 20. If those signatures are collected, the Massachusetts Supreme Judicial Court will issue a ruling on the constitutionality of the initiative. If successful, the drive would add a question to 2014 state ballots.

John F. Ribeiro of Winthrop, chairman of Repeal the Casino Deal, told The Anchor, the newspaper of the Diocese of Fall River, "The attorney general has attempted to deny the people the opportunity to vote on this critical issue."

Coakley has argued that overturning the casino law would take away the applications for casino licenses, which, in her estimation, are property. The state constitution does not allow a citizens petition to "take away property without compensation."

Casino opponents say that although sometimes licenses are considered property under the law, applications for licenses are certainly not. What is more, the state's highest court has previously ruled that dog track licenses were not property, and the casino law itself says that the applications and licenses for casinos are revocable and, therefore, not guaranteed contracts.

Ribeiro said the law is on his side. He called overturning the casino law of "critical importance" for the character of Massachusetts and said its residents need to have their say.

"Once casinos are here, there's no way to take that back," he said. "They only grow in number, in size and in influence. They start to make up a significant portion of the lobbying dollars and also the tax revenues that are coming directly to the state."

Kristian Mineau, president of the Massachusetts Family Institute and 1 of 10 original signers of the initiative petition, said that casino lobbyists have already influenced the state, investing nearly $1 million just to get to this point. He said casino opponents are up against "extremely powerful agencies" with billions of dollars of resources.

"They are going to use every venue they can to stop us," he said and voiced concern that there may be "other things motivating the attorney general."

In a statement, a Coakley spokesman denied outside influence, saying that the decision not to certify the ballot initiative was "based purely on the facts and the law and without regard to the attorney general's policy views on the issue."

Supporters of expanding gambling in the Bay State claim casinos will create thousands of jobs and bring in hundreds of millions of new tax dollars. The law appropriates 25 percent of casino revenue and 40 percent of slots revenue to go back to the state and local communities. Each casino license bid starts at $85 million.

Mineau called casinos "fool's gold" and said the stakes are too high.

"Every community that hosts a casino, across the nation, has been sucked dry," he said, adding that casinos take money from the community, small business owners and families' pocketbooks.

This petition is the last chance to stop casinos from setting up shop in Massachusetts. Local referendums are going well but have not been 100 percent successful, he said.

He encouraged ordinary citizens to get involved and make this signature drive successful. He called on people of faith, in particular, noting that it was the involvement of many churches that made the 2005 signature drive to restore marriage so successful.

"We are hoping that churches throughout the Commonwealth will get involved, just as they did in the record-breaking signature drive for the marriage amendment," he said.

Though the Massachusetts bishops have not taken an official stance on the signature drive, they consistently opposed the casino law. In a 2011 joint statement, they urged legislators to vote against the measure.

"While the Catholic Church views gambling as a legitimate form of entertainment when done in moderation, the gaming legislation opens the door to a new form of predatory gaming which threatens the moral fabric of our society," they said.

Les Bernal, executive director of the national group Stop Predatory Gambling and active parishioner at St. Patrick's Church in Lawrence, said that predatory gambling exploits citizens to the benefit of casino tycoons and is not consistent with Jesus' call to love others as ourselves.

"Government's promotion of casino gambling and lotteries belongs in the same category of 'life' issues that the Catholic Church stands for because it renders the lives of millions of citizens as expendable, driving them into poverty, addiction and severe family problems," he said.