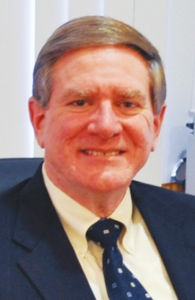 Cataldo received the Father Lawrence Dunklee Excellence in Ethics Award, given annually at the symposium. The award was presented by Cardinal Seán P. O'Malley, who was the keynote speaker at the symposium.

The award is named for the late founder of the hospital's Center for Spiritual Care and highlights the connection between the Roman Catholic hierarchy and ethics in the ministry of healthcare.

As the chief healthcare ethicist for the archdiocese, Cataldo provides ethics services to the Catholic hospitals of the Steward Health Care System and provides system-wide collaboration on ethics. Prior to his current position, Cataldo was the ethicist and director of the Office of Catholic Identity at Catholic Medical Center in Manchester, N.H. Cataldo also served as an ethicist with The National Catholic Bioethics Center in Philadelphia for nearly 19 years.

In his Aug. 23 blog post, Cardinal O'Malley said, "We are very pleased that Dr. Cataldo was selected for this honor, which is just one more indication of the fine work he is doing."