It was one of the wags on the set of the MLB Network who came up with the saltiest observation the night of the infamous A-Rod's lamentable return to the Yankees after appealing his suspension.

"Alex will be playing third, batting fourth, and pleading the fifth," snipped the fellow, as his baseball pundit colleagues nodded gravely.

Talk of touching all the bases!

As historic quips go -- setting in lasting perspective the more monumental of baseball's scandals -- it may rank with the utterance attributed to a teenage newspaper peddler who is legendarily purported to have tearfully asked Shoeless Joe Jackson, as he was arriving for his day in court, "Say it ain't so, Joe."

Of course, the more responsible baseball historians pretty much agree that never happened with the precious line being almost certainly the invention of a creative Chicago news scribe, with which that toddling town greatly abounded back in the summer of 1920. One of the better suspects might be Ring Lardner!

Why spoil a great anecdote with mere facts? More to the point, are not the epic falls from grace of both Jackson and Rodriguez eerily and uncomfortably comparable even if separated by almost a century and an even wider cultural gulf? Circumstances change but never human nature. In their obsession with their supremely fragile skills, athletes will always be vulnerable to the promise of a fast buck or a free ride.

Both Jackson and Rodriguez were "Naturals" whose rise above the norm of their game seemed ordained and effortless. In terms of talent each was the glory of his times. Endowed with such gifts their lapses understandably strike the merely mortal as not only incomprehensible but inexcusable. But it is, of course, not that simple. It never is.

Jackson is easily the more sympathetic figure even if arguably his "crime" was greater. A simple rube alleged to have been nearly illiterate he was clearly the victim of the significant inequities that governed baseball right up to our own times but were in fullest flower throughout his era. The avarice of the owners then was indisputable. Their control was absolute and brutal. The players -- no matter how great -- were effectively indentured. The "Black Sox Scandal" was thereby inevitable.

Rodriguez has no such excuses. The fabulous riches he's gleaned from merely playing a nice game make him seem much the greater ingrate and cad. In a society that measures everyone by income it is the irreversible downside for those who get too much too easy. For with it you get no willing suspension of disbelief. This is why no matter what the outcome of this ongoing fiasco, A-Rod is cooked.

There's no way he can beat the rap, nor is he dumb enough to even try. He has essentially conceded guilt by indicating a willingness to accept the very same 50-game suspensions levied on the other baker's dozen of PED-cheats gathered in the Biogenesis dragnet.

It's the much harsher 211 game suspension branding him a much more serious offender that he's trying to whittle down because two seasons on the sidelines would surely end the playing days of a fading and shopworn 38 year-old thus diminishing his chances of collecting much of the nearly $100 million left on his fat and foolish Yankees' contract.

With his usual guile, the ever scheming A-Rod would have us believe it's all about "principle" and "due process" and even "fairness," as if he has the faintest grip on any such sensitivities. But in the end, it's mainly about the money for that's mostly what A-Rod is about.

Granted! Ninety odd million is a lot of dough; worth fighting for even if you already have plenty. But the risks he encounters fighting back are huge and will necessarily multiply the longer and deeper the legal battle goes for with every proceeding more "dirt" surfaces and there's very little doubt Major League Baseball has lots of "dirt" on A-Rod. In this dirty business, you can actually win in the courts and emerge rather more grievously damaged. Just ask Roger Clemens.

But in his vanity Rodriguez will surely bear on and as long as he can pay the tab there will be no shortage of polished and pricey lawyers to accommodate his childish whims and he will do so even as increasingly he becomes more and more an outcast in his own lodge.

It's already happening. Each day another notable character in the game speaks out and if they don't name him he's clearly the one chiefly being denounced. One day it's Scherzer of the Tigers declaring the cheats are getting off too easy. The next day it's Longoria of the Rays arguing it's unfair to allow cheats to serve brief suspensions then freely renew their pursuit of greater riches based on tainted achievements. Still the next, it's Markakis of the Orioles branding the cheaters "thieves" who essentially "steal" from their fellow players.

It's strong stuff. These aren't posturing fans or carping media but their own flesh and blood. The revolt of the "clean players" is this summer's most significant development in this ongoing travesty and they have, at last, the unconditional support of their union. Nothing could be more effective in resolving this mess for in the end having the players police themselves is the best solution.

Of course, the increasingly delusional Rodriguez will have trouble seeing any of this let alone grasping its negative impact on his dreary case. In Chicago, a White Sox pitcher received a standing ovation for drilling him on the elbow but the embarrassment of the moment seemed totally to elude the man. Back in his own friendly ballpark he was greeted with an odd mixture of derision and weary indifference laced with scattered applause; hardly a ringing endorsement. A-Rod pronounced it, "astounding." He sees what he wants to see; a dangerous policy.

Yet there will continue to be some support for him if only because the hefty sentence he got strikes some as excessive. It's hard to know for sure until we know all the facts. It might have been easier on everyone if the Commissioner had come down lighter allowing possible room for compromise. Clearly, Bud Selig and his henchmen are inferring they think they have a blockbuster case, leaving them with no desire for compromise and a loathing for Rodriguez that only grows. It can only get bloodier.

Another fascinating question, however, concerns how much damage this may yet do Selig as he strives to capture the high ground on this insidious issue. Nearing the end of his watch, he sees it as his last crusade with his very place in baseball history desperately at stake, about which he cares frantically.

Unfortunately for Czar Bud, he came to the battle belatedly and with seeming reluctance and those of us with long memories are not letting him forget that. In his weekly internet column, retired Times Baseball pundit Murray Chass -- long a very influential media-voice in the game's discourse -- declares that given Selig's checkered performance on the issue, "A case could be made for a lifetime ban for the Commissioner." Indeed!

Mr. Chass reports on a recent telephone conversation in which the commissioner got a bit angry while asserting, "I put a minor league program in place in 2001. It's nonsense to say we were slow. Was I late to the party? I don't think so. That's insulting."

A minor league drug program in 2001? Wow! That would be only three years after muscle-bound buddies, McGwire and Sosa, floated their ridiculously bloated home run jamboree and fully a decade after old Bud's predecessor, the estimable Fay Vincent, first warned of the looming threat of steroids.

Forgive us for not being terribly impressed with that argument, Mr. Commissioner. In addition, if down the road an arbiter or law-court finds your current crusade a bit heavy-handed -- given the vagaries of your past performance -- we'll not be surprised. 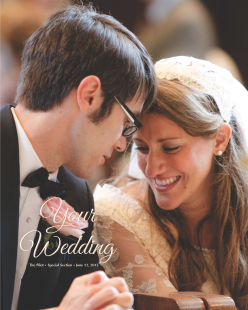