Whatever good might have been done by the Bruins' trade deadline moves -- highly debatable at best -- was swiftly negated by an aimlessly errant elbow accidentally landed on the side of Patrice Bergeron's head by hulking Ottawa center, Colin Greening.

The very second that Bergeron -- arguably the Bruins' best and most crucial player -- began to sag to the Garden ice the evening of the fourth of April you knew the score. Here we go again.

As of the writing, they're saying little other than that Bergeron is out "indefinitely." That could mean he'll be back by the time you read this, sidelined less than a week. But that's unlikely! More likely, he'll be back by the end of the regular season with the Bruins wisely wishing to error on the side of caution by resting him for the three weeks leading up to the playoffs. But there's also the possibility he could be out for the season. And one of these days -- when it happens again and it surely will -- he'll be gone for good; probably well before his time.

So it goes with these infernal concussions; the most mysterious and perplexing malaise to intrude upon the games in general and hockey in particular in our times.

That Bergeron should again be the victim of this bitterly random caprice is aggravating in the extreme. You don't wish such misfortune on any player of anything, not even on the guttersnipes, and there are a few of them out there in case you haven't noticed. But for it to be happening again and again to this gracious fellow, Bergeron -- one of the genuine class acts in all of contemporary sport -- is notably cruel. The sporting gods have a lousy sense of humor.

Bergeron's troubles began with a memorably vicious mugging at the hands of a genuine guttersnipe, Randy Jones of the Philadelphia Flyers, in October of '07. He was blindsided against the boards in a cowardly hit with -- if memory serves correctly -- Jones not even earning a penalty for his doubtlessly calculated treachery. No surprise there! The Flyers have excelled at border line play and craven behavior for 40 years while routinely being allowed to get away with it.

A plodding journeyman, Jones is long gone from the NHL. His bush-league hit on the stylish Bruins' center-iceman, who has ranked since the moment he entered the league among the game's cleanest perennial candidates for the Lady Byng sportsmanship prize, was the only on-ice utterance Jones will ever be remembered for. The ironies mount.

The bashing by Jones cost Bergeron an entire season. Subsequent concussive relapses were caused by the sort of seemingly harmless, relatively routine, mid-ice collisions you see in every game, amounting to nothing. The first was with Dennis Seidenberg, now a teammate, and the second with another Flyer, Claude Giroux, at the height of the glorious 2011 post-season.

The 2011 incident might have been devastating. But Bergeron gallantly rallied, missed only two playoff tilts with Tampa, and excelled in the brutally rugged run to the Cup culminating in that fabulously wild night in Vancouver. In retrospect, given Bergeron's obvious vulnerability, it was perhaps more amazing -- and lucky -- than we realized at the time.

Like the Seidenberg and Giroux examples Greening's stray elbow the other night was neither evidently malicious nor intentional. Bergeron, as his way as arguably the NHL's premiere defensive forward, had plunged himself into a scrum in front of his net where the elbows among other limbs and sticks were flying akimbo. You see it a dozen times a night, game after game, and nothing ever comes of it. It's all about luck, don't you know.

And still more to the point, it demonstrates how chancy the entire scene is and how in the end if you play this game your fate is veritably in the hands of the games' fickle ebbs, tides, and elusive moods, there being no better explanation.

As Bergeron was staggering off down the runway headed for exile on the DL for who knows how long the bitter reality of all this must have been swirling within him no matter how even tempered and well-mannered this lad may be. He's already lost one full season and had a couple more tainted. Who knows how much edge on his hall-of-fame level skills has been sheared by the knowledge that he must play with just a bit more caution than others because of his "obvious vulnerability." Bergeron is a hockey player. And high among the best and bravest of them. But hockey players are human too.

They've labeled his latest concussion "moderate." But is there any such thing as a "moderate" scrambling of your wits when it's at least the fourth time you've had your bell rung hard enough to have everyone pay attention? One says "at least" because no one knows for sure. Might Bergeron have experienced "minor" bell-ringings along the way, or even other "major" ones before everyone woke up and recognized that brain injuries sustained in mere games ought to be taken more seriously.

It's now all the rage but the evolution of the NHL's concussion discussion is fascinating. A major spark was the much too early otherwise inexplicable deaths of several old-fashioned hockey goons including celebrated NHL pugilists Jon Cordic, Bob Probert, Derek Boogard, and that Boston Garden favorite, Reggie Fleming, once lovingly known as "Cement Head." All had in common the simple fact they'd been thugs who couldn't play but sure loved to fight.

Of course, there are even more famed hockey hooligans like "Tiger" Williams, Dave "the Hammer" Schultz, John Wensink, the Hanson Brothers, and that nefarious ancient, "Terrible Ted" Lindsay who could also really play, by the way. They are not only still very much with us but free of dementia, at least relatively, while that ultimate Hockey warrior, Gordie Howe, who got his skull fractured by a flailing stick when he was 22, recently and breezily observed his 85th birthday amidst much fanfare. One of the many problems with this concussion discussion is that the circumstantial evidence is all over the bloody place.

It was when Sid "the Kid" Crosby, the NHL's anointed figure head and foremost meal ticket, went down that panic on this issue really set in. The ordeals of Crosby, Bergeron, and Marc Savard -- another stylish center whose career was brutally terminated by head injury -- clearly demonstrated that not only the thugs are at risk but the most elegantly artistic players without whom there'd be no NHL.

Meanwhile the very same issue with even more grievous issues and graver culpability for the people who own teams were imploding the mighty kingdom of football and rousing multi-million dollar lawsuits while leading some to even question whether the almighty NFL might long endure.

The subsequent about face all over sport has been extraordinary. There's no longer any quibbling about the mysteries of the equipment issue. No more do they wonder why in the good old days they had so few such problems. Few any longer dare suggest they don't make 'em like they used to anymore. They now rush to make clear they take this issue seriously, because they're scared stiff and the cost of doing otherwise would be humongous.

All of which should only lightly concern the Bruins at the moment whose concerns are rightly about what's happening here and now on the ice. Bringing in Jaromir Jagr was interesting. Sort of reminds me of when Harry Sinden rented the equally immortal Jacques Plante at the last moment, to shore up the goal-tending. If I recall correctly, Jacques was flashy. But they got eliminated in the first round.

Jagr may be fun to have around, although I dearly hope Coach Julien isn't serious about playing him on the defensive-minded third line. Even in his halcyon days -- which by the way were quite some time ago -- Jaromir didn't excel as a checker.

Jagr is nice. But Bergeron is indispensable. There's a difference. 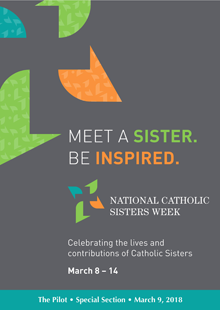