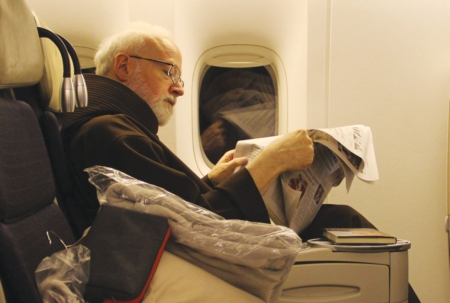 BRAINTREE -- Cardinal Seán P. O'Malley departed for Rome Feb. 26 where he is expected to participate in the conclave that will elect a new Holy Father next month.

Pope Benedict XVI will meet with all the cardinals present in Rome on the morning of Feb. 28 and will then depart by helicopter for the papal residence of Castelgandolfo at 5 p.m. that afternoon. Upon his arrival he will greet local authorities and his resignation will be official at 8 p.m., starting the period of Sede Vacante.