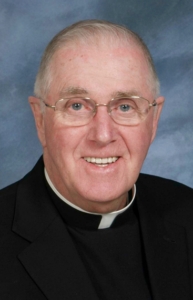 On the 53rd anniversary of his ordination to the priesthood, Father Dennis Dever, pastor of St. Clement Parish in Medford, was granted senior priest status on Feb. 2.

"A mentor of mine, Father James Garrity, would often say that the priesthood was the greatest calling a man could have," Father Dever said. "And after 53 years, I can say I agree with him."

The sixth of seven children to William and Mary (Gilgun) Dever, Father Dever was born July 2, 1934 in Woburn. A son of St. Charles Borromeo Parish, he attended the parish's elementary school, then graduated from Boston College High School in 1951.

Growing up, Father Dever always remembers being drawn to the priesthood.

"I think coming from a good Catholic family, the priesthood was something that was always around me," he said.

He continued his studies at Cardinal O'Connell Minor Seminary in Jamaica Plain, and St. John's Seminary in Brighton. Father Dever was ordained on Feb. 2, 1960 at the Cathedral of the Holy Cross by Cardinal Richard Cushing.

His first assignment was at St. Joseph Parish in Quincy.

Father Dever fondly recalled his time at St. Joseph's, "I started out with one of the best of all pastors, Msgr. John Allston," he said. "That got me off to a good start and I have had a really blessed time ever since."

After six years at St. Joseph Parish, Father Dever joined the Missionary Society of St. James the Apostle, an international organization of diocesan missionary priests who volunteer to serve the Church in Peru, Bolivia and Ecuador. For the next 13 years, he served the St. James Society -- first in an impoverished area of Ecuador and later as the superior of the society.

"Some of the most impressive people I have met were among the poor in Ecuador," he said. "It was a wonderful experience -- living, working and seeing the expressions of our faith."

In 1979, Father Dever was made pastor of St. Mary of the Annunciation Parish in Cambridge, where he served for six years.

In 1985, he became pastor of St. Clement Parish in Medford, where he has served for over 27 years, until his retirement this week.

"In all my assignments, I've been blessed and grateful for the wonderful people that have entered my life through ministry," he said.

Father Dever will remain in residence at St. Clement Church until the end of February. Afterwards, he hopes to reside at St. Raphael Parish in West Medford. 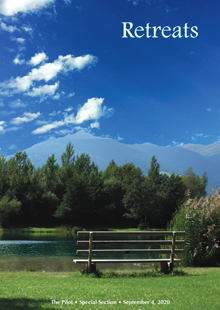