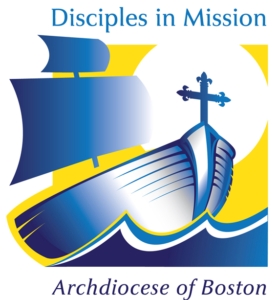 SALEM -- Faithful across the archdiocese waited last week to hear which parishes would enter the pilot phase of the new pastoral plan to organize the archdiocese's 288 parishes into 135 collaboratives. Within a collaborative, each parish will retain its separate identity but share a pastor and pastoral team.

Then, on Jan. 10, it was announced that 28 parishes in Belmont, Beverly, Billerica, Brookline, Jamaica Plain, Lakeville, Lynn, Lynnfield, Methuen, Middleboro, Newton, Roxbury, Salem, and Weymouth received news that they would constitute the first 12 collaboratives to start the first phase of the plan.

In Salem, St. James Parish, St. John the Baptist Parish, Immaculate Conception Parish, and St. Anne Parish will form a collaborative of four parishes. The new pastor of the four parishes will be named by early April.

Father John Sheridan, the pastor of St. James, said he felt encouraged that the plan is underway.

"I am delighted because we have a plan, we have a schedule, and I look forward to walking through the stages of it," Father Sheridan said.

"The whole process has been --and I believe in a very special way here in Salem -- organic. It has come up from the community and a series of meetings, a series of discussions, and that atmosphere of trust and openness that has been fostered by this entire process really gives us a sense of confidence that we can move ahead," he said.

He said he saw the pieces of the plan coming together, with clear goals.

"I have appreciated from the very beginning the goals of this entire process," he said.

"I think we have already begun to take advantage of many of those opportunities here, particularly in Salem. The parishes in Salem have worked together for quite a while," Father Sheridan also said.

He cited the example of the Salem Pro Life Committee, which brings together parishioners from St. James Parish, Immaculate Conception Parish and St. Anne Parish in Salem at monthly meetings to set an agenda for promoting pro-life ministries.

"This is giving us the impetus to just take it to the next step," he said.

He said he feels the plan will not corrode the identity of any one parish as part of the collaborative, even though St. John the Baptist offers ministries in Polish, St. Ann upholds a French Catholic tradition, St. James has transitioned from an Irish parish to a more diverse faith community, and Immaculate Conception currently houses a "vibrant Hispanic community."

"Each parish has its own gifts, talents, abilities, milieus, languages, circumstances, and then we bring them together," he said.

He said he envisions music as a way by which each parish can assert its unique identity as a distinct community.

"I would expect in the future that that would be one of the keys that each parish would maintain -- especially liturgically -- their own identity,"

Having previously served as a pastor at two parishes, he said having a common pastoral team for the four Salem parishes will free up the new pastor to focus on ministry rather than meetings.

"If he is going to be pastor of four parishes in Salem, he shouldn't be going to four of the same kind of meeting when he can go to one," she said.

Schwartz said seeing the process as a means by which the archdiocese will close churches, or merge churches, is misguided because the main thrust of the plan is to keep parishes open.

"One of the main issues with this whole phase one, phase two, phase three, with the whole planning in general is people not understanding what it is about," she said.

"Some people have said this (pastoral planning process) is going too quickly, and I understand their concerns. I do. But, as I point out, we have been at this for quite a while. This is essentially the next step. This is not any kind of a jump," he said.

Father Sheridan said that despite the fact that he will be stepping down as pastor, he did not feel that his priesthood would in any way become diminished as part of the process.

"It is not a question of demotion; I am here for the service of the Church however and wherever the Church calls me to serve," he said.