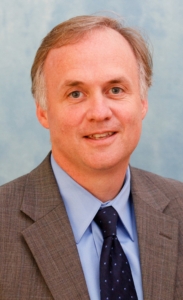 Straub has served as Interim Chancellor for the past seven months. A former special assistant to President George W. Bush and former associate dean at Harvard University, Straub joined the archdiocese in 2011 as Executive Director of Finance and Operations for Central Ministries.

As the sixth lay chancellor for the archdiocese, Straub succeeds former Chancellor James P. McDonough who concluded his service in March 2012. He will serve a term of five years.

In a release announcing the appointment, Cardinal O'Malley said Straub has been a wonderful addition to the leadership team in the archdiocese, bringing a diverse and experienced background to the position.

"The future of the archdiocese is bright because we have been able to recruit committed and talented people like John," the cardinal said.

Msgr. Robert P. Deeley, Vicar General and Moderator of the Curia, described Straub as "an outstanding CFO and Chancellor."

"He cares deeply about our priests, parishes and ministries. Please join us in praying for John's success and support him and his staff as they work in service to the Church."

Msgr. Deeley noted that, "When John was appointed to the interim position we explained that, within a reasonable period of time, we hoped that the position would be made permanent. During this interim period John has taken the opportunity to consult widely with the people we serve in the archdiocese, and has established some strong relationships which will be helpful to him as we move ahead."

In an interview with The Pilot, Straub said that financial challenges remained but that he was benefiting from the work of the previous chancellor who greatly enhanced stability in the financial management capabilities of the archdiocese.

"Things have reached a much more stable, financially sound place. It doesn't mean we are where we want to be but it means we have a strong foothold and foundation from which to move forward," he said.

"I get to enjoy the benefits of all the hard work and stability that came before me."

Outlining his priorities, Straub said his first is to support the pastoral planning process that is underway in the archdiocese.

"It is important for (us) to understand what that means and the impact for the archdiocese overall, understand that this is something that is going to change our vision, our processes and our capabilities for the next 50 to 70 years," he said.

He emphasized the role of his office in providing assistance to parishes during the implementation process as "we transform the parishes into the vision that is contained in the plan."

The next priority for Straub is to ensure the archdiocese continues to enhance its financial transparency and stability.

"The vicar general and I meet frequently, and finances are always a portion of those discussions as well as other strategic opportunities, but we want to make sure we continue to make great progress on that front," he said.

A third priority for Straub is to continue the outreach to the archdiocese's related entities, helping them strengthen their own financial management and transparency.

Straub explained that since he was appointed interim chancellor in March, his focus has been outreach to pastors and parishes, seeking to understand their needs.

"A majority of that time was literally outreach to pastors, learning much more about what their support needs are, their challenges are, what they are looking for assistance, their visions for their parishes, and then coming back and trying to figure out how we can support them, building a stronger bridge, not being viewed as a canonical office where I am the contract signer or the bureaucratic head."

Straub said he sees administrative efficiency in parishes as a means to enhance evangelization.

"It was one thing to get everyone to focus on getting their finances correct and things reported, but the real challenge is: What can we do to enhance the parish missions and the things they want to do and not have them strapped and focused on bureaucracy?"

"The average pastor's calling was not to run a business. Their calling was to support people, care for people, evangelize."

Before coming to the archdiocese, Straub was part of the senior management team at Kane is Able, a logistics firm headquartered in Scranton, Pa., where he oversaw the operations of multi-site teams and was integral in the firm's expansion in six states. He previously worked at The White House under President George W. Bush serving as director of administration, chief financial officer, and acting chief information officer. Straub has held other operational roles at Harvard University and the U.S. House of Representatives.

A native of Lima, Ohio, Straub said his parents were very involved in their parish. As a child, he was an altar server at his parish and attended Catholic school.

During his high school years Straub participated at the March for Life in Washington D.C. and eventually attended Catholic University in Washington, D.C.

"We would always go through D.C. and it seemed like a great town and when thinking about schools it seemed like a good option, and then once I learned about Catholic University and attended a few sessions there, it was a no-brainer," he said.

Straub, 44, lives in Cohasset with his wife Elizabeth and their four young children. They are parishioners of St. Paul's in Hingham. Their two school-aged children also attend the parish school there.

Straub said that, despite his professional accomplishments, family and home life remain his top priority.

"If you ask what my passion is in life -- I am one of those guys who no longer have hobbies; my hobbies are my children. That's easy to assume because that's all you can do when you walk in the door, you get swamped by the kids, which is a wonderful thing. I spend every waking hour I can possibly have enjoying that."