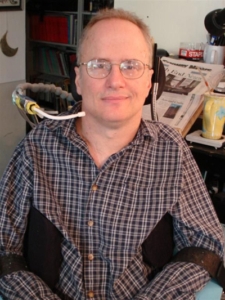 BOSTON -- A group of Massachusetts residents with disabilities opposing legalized assisted suicide are asking Massachusetts voters to have "second thoughts" when they vote on Question 2 in November.

Second Thoughts: People with Disabilities Opposing the Legalization of Assisted Suicide (www.second-thoughts.org) is a Boston based steering committee of disabled people from Massachusetts formed in 2011 to educate and organize the Massachusetts disability community to respond to the ballot initiative. The name "Second Thoughts" emphasizes that rather than offering individual choice, assisted suicide laws create a potentially discriminatory and dangerous practice.

According to the group's website, Second Thoughts seeks to move the context of the assisted suicide debate beyond simplified political divisions, "between conservative 'right to life' and religious groups on one side, and 'liberals' who support individual choice on the other."

Second Thoughts says it encourages voters "to look at assisted suicide in the real world" which it says is one "where insurance companies and other organizations try to limit spending on health care"; "where disabled people face discrimination through architectural barriers and unemployment while lacking in-home services to enable them to integrate into communities"; "where some people think it might be better to be dead than disabled"; and "where abuse and financial exploitation of elders and people with disabilities is at unacceptably high levels."

John Kelly, director, said the idea of providing "dignity" through death holds dangerous implications for society, and particularly for people with disabilities.

"It is dangerous for people who are already disadvantaged in terms of getting adequate medical care and full social respect. It is very dangerous for a society with such great levels of inequality," he said.

Kelly described the idea of someone restoring their dignity through death as holding a connotation directly opposed to living with a disability.

"This word 'dignity,' which is never defined, we know that it generally means someone who is autonomous in their self-care, someone who does not need someone else to care for them," he said.

"When society makes a law based on one group of people's notion of dignity it will discriminate against people in that society whose lives look like the lives that are being rejected under the bill."

Kelly said confusion in the mind of many people about the difference between terminal and disabled people put the disabled in the line of fire with regard to assisted suicide laws. He said close to half of the people assisted in ending their own lives by Dr. Jack Kevorkian were actually not terminal but disabled.

"In the public mind being disabled and being terminal seem to run together, so we are so often already considered terminal that it will also put pressure on us," he said.

He said proponents of the bill use the word "dignity" as a euphemism for the idea that it is better to be dead than disabled.

"That is what the word 'dignity' means here. 'Dignity' means, for the proponents, autonomy and the ability to self-care. When we have thousands of people who are disqualified under that term 'dignity,' how could we not see an impact on that group from passing a law like this?" he asked.

Kelly said the wording in the bill makes it appear to the betterment of people facing suffering, but would create a different reality if it became the law.

"The law sounds good in a fairy-tale world of full equality and everyone's ability to make choices," he said.

Kelly pointed to the structural specifics of the bill as a danger to people facing terminal illnesses, people with disabilities and society as a whole.

"There are inadequate safeguards. They are hollow," he said.

He cited the example that no mental health evaluation is required under the bill. He said this could give suicidal patients the ability to pursue the goal of killing themselves within the healthcare system because if a doctor refuses to prescribe patient life-ending treatments "they could always go doctor shopping and find another doctor."

He particularly took aim at provisions in the bill allowing one of those attesting to the patent's desire to commit suicide to be an heir of the patient's estate.

"If people are worried about using up the family money, or if children or heirs are worried about not receiving inheritance, it sets up dangerous situations where financial motives could easily come into play," Kelly said.

The proposed law does not require witnesses to the death itself in cases of assisted suicide.

"There are people who abuse their parents, or caregivers who abuse elderly people," he said.

"Because there is no witness required at the death, any statement about requiring self-administration is empty and toothless," he said.

Death certificates of people who end their own lives with the help of a physician will list the cause of death as whatever condition the patient faced before choosing to end their lives. He called that practice misleading.

"It's another part of a law that trades in euphemisms and inaccuracies. Falsifying the death certificate is commensurate with the rest of the bill," he said.

He said the ballot question proposes a dangerous mix between cultural perceptions of disabilities and cost-cutting healthcare focuses.

"The proponents see 'death with dignity' as an adjunct to palliative care, as part of palliative care. It is not. It is crossing the line and getting doctors, insurers and the state into the death business," he said.

"This bill creates a 'medical benefit' out of death, a death that would cost about $50 or $100 in pills, so it should be clear that when you combine thick social prejudice and financial pressures that finance will exert pressure," he said.

He also said a prognosis of six months or fewer to live is far from certain.

He called the bill a "bait and switch," and called for treatment for people including pain relief when they face disability and terminal illness.

"The bill is dangerous. It's unnecessary. Let's work on improving what we know works," he said.