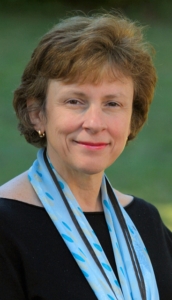 BRAINTREE -- After 35 years of service to the Archdiocese of Boston, Barbara Thorp will be stepping down from her position as director of the Office for Pastoral Support and Child Protection this September.

Thorp directed the office dedicated to providing pastoral and mental health outreach services to survivors of clergy sexual abuse or misconduct, their families, parishes and all those impacted since 2002.

Prior to that she worked as a social worker for Catholic Charities and then led the Pro-life office from 1985-2002.

Coordinating archdiocesan efforts to ensure the protection of children, Thorp also supervised the Office of Child Advocacy and the Office of Background Screening.

She described her service to the archdiocese through the office as "privileged."

"This has been really 'holy ground,' to have been invited into the sacred space of people's lives in the midst of a very, very painful moment in the life of our Church. So, I have just considered every minute of it an extraordinary gift and a blessing for me personally," she said.

"I have prayed and thought about this for a long time now too and it just felt like this was the right moment," she said.

"I think the people often will think in a situation like this, 'well you know Barbara must be burnt out or something like that.' It is not that at all," she said.

Thorp described beginning her work in February 2002, as the clergy abuse crisis was beginning to erupt.

"Our first task was to listen and to listen well, and to continue to listen even when what we were hearing was just so terrible and so devastating," she said.

The Archdiocese of Boston moved to establish the protection of children within the Church before the Church as a whole took action.

"After listening you couldn't shirk away and say 'I'm sorry.' The apology had to be followed with real signs of the Church's care and responsibility," Thorp said.

Father John J. Connolly, who coordinated the pastoral response to the sexual abuse crisis for the archdiocese as special assistant to the archbishop, praised Thorp's service.

"Barbara was one of the first people we brought in to help us figure out how to address this, and her position was without question the single most important position of all the folks that worked with us," he said.

He said Thorp was responsible for reaching out to those who were most directly impacted by sexual abuse, survivors of abuse and their families.

"She did that with great love, great concern, great compassion, great tenderness, but also with a tremendous amount of professionalism, and with a serious commitment and a sense of obligation that I don't think many people could have demonstrated and certainly could have sustained for more than ten years."

Thorp said the archdiocese moved to address the crisis with a threefold approach reaching out to survivors of abuse, ensuring safety of children in the Church, and instituting background checks for employees.

Shortly thereafter, in June 2002, the United States Conference of Catholic Bishops implemented the Charter for the Protection of Children and Young People, which provided procedures and guidelines for reconciliation, healing, accountability, prevention of future acts of abuse, and for addressing allegations of sexual abuse of minors.

"This was a big step that we would have this charter. The bishops made a pledge and a public promise agreeing to implement the charter but also to have its compliance with this charter determined by an outside agent," Thorp said.

After the charter was established, means were put into place to ensure that the standards for protecting children remained in place on local levels in the Church through a review process.

"We had to be, throughout the year, collecting data and being sure that we were implementing these programs. This was a challenge in the early years especially because these were new programs that had to be added on in our parishes, schools and in our religious education program," she said.

While creating a safe environment for children and young people, the archdiocese also instituted efforts to address the suffering of victims -- many of whom had grown into adulthood before revealing their abuse.

Thorp said the therapy and counseling offered to survivors and families remained personal and private, but because the Church as a community also suffered as part of the crisis, a public component for healing began as well.

In 2006, Thorp helped Cardinal Seán P. O'Malley and the archdiocese to organize the "Pilgrimage of Repentance and Hope: The Novena to the Holy Spirit," a public event intended to bring together survivors and their loved ones with members of the community of Catholics affected by clergy abuse.

The novena concluded on the evening of June 3, the Vigil of Pentecost, with a procession in Brighton from the chapel at St. John's Seminary to St. Columbkille Parish.

"The most ancient of the Church's novenas is this Novena to the Holy Spirit, so there was really a great expression not only of the atonement but of our hope for healing as our Catholic community," Thorp said.

Thorp also worked with the cardinal to create an opportunity for a group of clergy sexual abuse survivors to meet Pope Benedict XVI during his 2008 visit to Washington, D.C.

At the meeting the survivors presented the Holy Father a book containing over 1,000 names of known Boston victims of clergy sexual abuse.

"For the vicar of Christ ... to have that chance to meet with survivors was very important," she said.

In public events to promote healing after the crisis came to light, Thorp traveled beyond local parishes and beyond the United States to help address the crisis elsewhere in the world.

In 2010 and 2011 she traveled with Cardinal O'Malley on an apostolic visit to Dublin, Ireland on behalf of the Holy Father.

"Cardinal Seán was invited to visit the Archdiocese of Dublin to try to bring the care of the Holy Father to the archdiocese, but also, significantly, to bring a report back to him about what he learned about what had happened in the Dublin archdiocese and the Church in Ireland," she said.

Thorp told The Pilot she could never have walked the course of the ministry without the aid and support of the people in her offices and the offices supporting her work.

Cardinal O'Malley thanked Thorp for her years of service to the Church in Boston.

"These last ten years have been life changing for everyone impacted by the tragedy of clergy sexual abuse. I have relied on Barbara's sound judgment and expertise in responding to the needs of survivors. We give thanks for her decades of service to the people of God and we ask the Lord's blessing on Barbara and her family," he added.

The Cardinal reaffirmed the Church's commitment to protect children and address the lasting effects of the crisis through the Office for Pastoral Support and Child Protection as the archdiocese seeks a new director.

"I want to reassure the people we serve that while we are losing a dedicated and exceptional leader, our highest priority remains our commitment to child protection and the bond of pastoral care that we owe to those harmed. Our goal is to appoint a director who can carry on the work of Barbara and her staff," he said.

Thorp said she believes the archdiocese will strengthen the programs which developed during her tenure, even after she steps away.

"The archdiocese has made extraordinary commitments and has lived by those commitments and developed them over these passed ten some years. I think there is certainly every indication that we plan to continue that into the future," she said.

She said spiritual healing for those harmed by the crisis will remain a priority.

"Spiritual healing for survivors and their families is I think a great task for the present, but certainly I would say for many years into the future," she said.