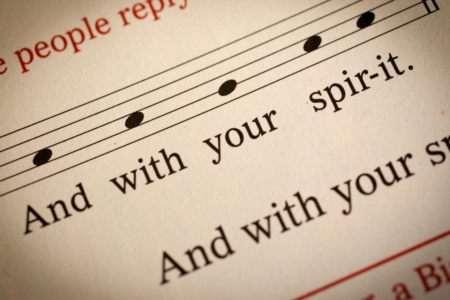 The Catholic Press Association of the United States and Canada announced June 22 that The Pilot had earned seven awards in the organization's annual Catholic Press Awards, making The Pilot one of the top award winners in this year's competition.

"With seven awards, The Pilot ranked 5th among the 64 diocesan publications that received awards this year. We are proud of our track record, which shows that, in recent years, every aspect of the publication -- news, opinion, photography, advertising, marketing, web and new media -- have been recognized by the Catholic Press Association," said Pilot editor Antonio M. Enrique.

Each year, the Catholic Press Association requests award submissions from Catholic newspapers, web sites, magazines and book publishers which are judged by a panel of independent experts for excellence. The awards were presented at the annual Catholic Media Conference held June 20-22 in Indianapolis, Ind.

Among the seven awards received this year was first place in the category of Best Editorial for "Maria is Still Talking" by Antonio M. Enrique and managing editor Gregory L. Tracy, published May 20, 2011. The editorial criticized the tax-payer funded website MariaTalks.com for its problematic content including providing teens with information on how to obtain an abortion without their parents' knowledge.

"This well-written editorial makes forceful argument that doubtless rallied some of the troops to take the course called for in the last paragraph. This textbook editorial superbly combines argument and emotion -- in this case, disgust -- to get readers to act," the judges said in their decision.

The March 4, 2011 editorial, "Defend the Defense of Marriage Act" by Antonio M. Enrique and Gregory L. Tracy also took second place for Best Editorial on a National or International Issue.

Gregory L. Tracy also received second place for Best Photo Illustration for his photograph, "Parishes adjust to new Mass translation," which appeared on the front page of the Dec. 2, 2011 edition and depicted the people's response from the new Roman Missal, "And with your spirit…"

Former staff reporter Justin Bell earned third place in the one-time category of Best Coverage of the New Roman Missal for his Oct. 21 story, "New Missal explained at Cambridge Pub," covering a Theology on Tap discussion by director of the Office for Worship and Spiritual Life, Father Jonathan Gaspar.

Honorable mention was also given to Dale O'Leary for Best Regular Column based on submission of her columns "Where are the angels," "Dr. Bernard Nathanson R.I. P." and "Protecting children from toxic education."