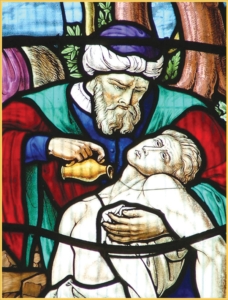 BOSTON -- The Archdiocese of Boston will launch the 2012 Annual Appeal at churches throughout the archdiocese March 3 and 4.

Cardinal Seán P. O'Malley will launch the appeal in person at an afternoon Mass Saturday at Holy Family Parish in Amesbury, and a morning Mass Sunday at Sacred Heart Parish in Middleborough.

Those attending Mass elsewhere in the archdiocese will have a pre-recorded homily from Cardinal O'Malley launching the "The Good Samaritan is you" themed appeal.

The vicar general said the cardinal's homily will be presented in all churches in the archdiocese.

"The primary notion of the appeal is that it is the financial foundation of the possibility of any ministry in the archdiocese," Msgr. Deeley said.

More than half of the income of the archdiocese comes from the appeal each year. The remainder is funded by other philanthropic sources as well as by fees for various services, programs and resources provided by the archdiocese's central ministries.

The programs and services offered through the central ministries serve 288 parishes in 144 cities and towns, 122 Catholic elementary and secondary schools, and thousands of individual Catholics in the archdiocese.

The appeal funds come to the Church solely through philanthropic donation.

The Catholic Appeal has also made the donation process easier with a new look and feel to their website www.bostoncatholicappeal.org.

Jacqueline Miller, the Catholic Appeal manager, said the website is designed to be more interactive and appealing as well as make the process of donating easier.

Additionally, the site develops the theme of the Good Samaritan with stories and videos emphasizing personalized examples of how donations can help the archdiocese, parishes, and individuals in need of the services of the ministries.

A direct mailing of appeal materials was sent in late February to those Catholics who have previously donated. Additional materials will be available in churches beginning this weekend.

After the initial launch weekend, the archdiocese will collect most gifts and pledges within the first six weeks.

The final reminder letters for the appeal go to parishioners who have not yet donated, in May.

The archdiocese has not announced a goal for the 2012 appeal campaign. However, according to appeal materials the 2011 campaign raised approximately $14 million.