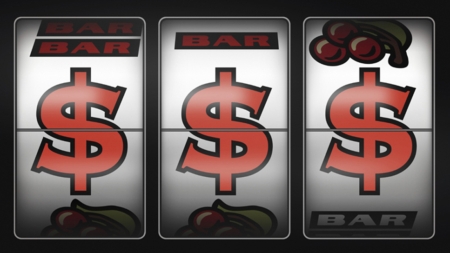 BOSTON -- Casino opponents, disappointed that the attorney general rejected their initiative petition, vowed to fight gaming developers community by community. The stakes, they say, continue to be high as the divisive law lurches forward.

John Ribeiro, head of Repeal the Casino Deal, outlined consumer protection concerns the law presents. Once established, casinos will be money lenders, on equal footing with credit unions. They will have access to gamblers' personal financial data, such as the amount of equity they have in their homes. Casino owners could use that information to target patrons who have more money to lose. Those individuals could receive free drinks or other enticements to gamble longer.

"If we were just talking about a bill that would allow the automobile industry to offer alcohol in their showrooms to encourage people to sign loans, people would be up in arms," Ribeiro said.

In addition to receiving credit directly from casinos, consumers will be able to use their credit and debit cards directly in casino slot machines. The highly addictive machines will have quicker access to large amounts of credit, and the amount of money lost could be difficult for the gambler to gage.

Ribeiro added that the people of Massachusetts who stand to be so greatly affected by the casino legislation have been kept out of the planning process.

Casino proponents have spent 15 years trying to legalize Class III Gaming. During that time, legislators proposed numerous bills but passed none. This year, when most discussions were kept behind closed doors, the measure finally succeeded, he said.

The latest example of keeping ordinary citizens from weighing in on expanded gaming is the attorney general's ruling that the initiative petition could not move forward because the casino measure is an appropriations law.

Ribeiro said that the appropriations piece was incidental, meant to fund the new gaming commission and added specifically to block a referendum.

In a Dec. 14 e-mail to supporters, Kristian Mineau, president of the Massachusetts Family Institute, said the 104-page law contains only two funding lines, which hardly designates it an appropriations law.

"It is appalling, but not surprising, that our elected officials -- the same ones that denied the people the right to vote on the definition of marriage -- would pass a casino law that the people were banned from voting up or down," he said.

Ribeiro added that the legislature could have provided funds for the commission in a number of other ways, ways that have been utilized in other laws that needed startup money over the past two years.

"This is the only law other than actual appropriations bills that had money provided for it in this way," he said. "[Legislators] are going to see this as a tried and true way to prevent the people from having their say."

Even so, opponents are not done fighting. They plan to go through a different, indirect referendum process that would put the measure on the ballot in 2014. In the meantime, they will combat proposed casinos wherever they crop up.

"As this process plays out, I think that the casino industry is going to be surprised at the opposition they will find," he said.

James Driscoll, director of the Massachusetts Catholic Conference, said he is not surprised that division has already arisen in Foxborough, the first town where a casino has been proposed since the law passed.

"Even before the first brick is laid or the first foundation dug, you can see the division that's happening in towns, specifically down in Foxborough," he said. "If the first town out of the blocks is any indicator, it's going to be controversial across the state at the local level."

Residents of those towns and neighboring communities are troubled by many concerns shared by the Catholic Church, namely that expanded gambling harms communities and negatively impacts families.

Mineau said, "These three casinos will put every person in Massachusetts within 50 miles of a casino, and we already have some 300,000 gambling addicts in the state. This would double that number. It could possibly impact every family in Massachusetts."