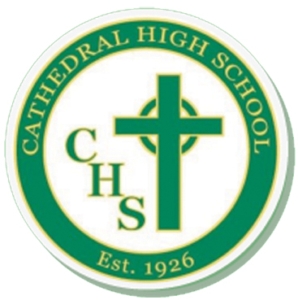 BOSTON -- Just short of a Division IV Super Bowl championship in the 2010-2011 season, Cathedral High School football generated the most successful season in the history of the program.

Blue Hills took over the Nov. 3 game after a controversial call with six minutes to go, to squeak a 16-14 post-season victory over Cathedral. Going into the game against the 11-1 Warriors, even at 12-0 the Cathedral Panthers expected tough game-of-inches play.

"The program this year is definitely a tribute to coach Duane Sigsbury," Lynch said. "As soon as he was hired last spring, he hit the ground running and made sure he instilled discipline and structure in the program."

Without bringing home the championship, a dramatic fourth-quarter comeback win over Chelsea, 12-10, to close the playoffs and secure a berth at the Div. IV Super Bowl played at Bentley University became the high point of the season. The last play of the game, down 10-6 with 13.5 seconds left, showcased blocking and sacrifice as the team supported Carlos Bermudez's game-winning, touchdown run.

"It was great. Our kids played hard and played all the way down into the last second, obviously, with that last-second punt return touchdown for the win," the Panther's athletic director said. "The kids never gave up. They worked hard all season long, and they knew they could do it. They believed in themselves, they believed in their coach, and they came out on top. It was a great moment all around. I mean, the stands went wild, and the team went wild. It was a great, great sporting moment."

Lynch followed up a discussion with The Pilot on the season, by restating his support for the coaching style, method and example provided to the football players by Coach Sigsbury.

"He deserves all the credit in the world for what he has done with our kids, with our team, and how they have represented themselves all year long," Lynch said.