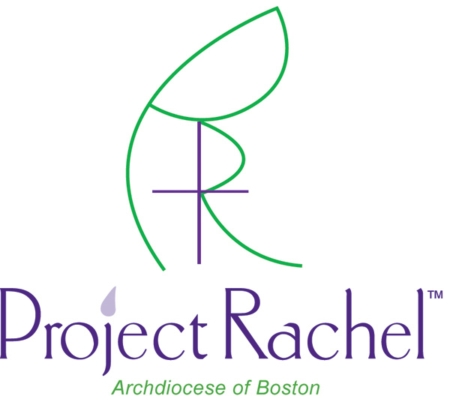 During the month of October, the Church celebrates "Respect Life Month." This week, The Pilot presents another in a series of reflections offered by women who have found healing from the pain of abortion through the post-abortion ministry, Project Rachel.

These women have offered to write about their experiences in hope that other women and men who are living in the often secret pain of abortion will come to know the same peace and healing of God's divine and tender mercy. Due to the nature of the subject, the names of the authors have been withheld.

In June of 1987, I saw the last thing I ever expected to see -- a positive result on a home pregnancy test. I had just turned 18 years old.

I had been raped four weeks before by an acquaintance at my prom. I hadn't told anyone what had happened to me, and I told no one that I was pregnant. I simply dealt with it on my own. I stood up, went to the phone book, opened it up, and called the first abortion clinic I could find. I didn't stop to think, to pray, to question. I didn't consider any other option -- I didn't think I had another choice.

I went to the clinic a couple of weeks later for an abortion. I remember the feeling of complete isolation and utter terror as I sat in that waiting room. I was surrounded by other people, but completely alone.

I promptly put away all of my feelings and thoughts about what had happened to me -- the rape, the abortion, the baby. I graduated from college, worked through my twenties, got married, got pregnant with my first child. My pregnancy was joyful but also tinged with fear. I didn't deserve to have a baby. I had killed my baby -- God would take this baby away from me as a punishment.

I went on to have three children. I rocked them to sleep, kissed away boo-boos, pushed them on the swings and caught them on the slide, took them to swimming lessons, soccer, and school. Along the way, I always felt like someone was missing. I thought that loss I felt was that first child. I didn't realize that loss I felt was God. There was a hole in my soul that could only be filled with God, and I felt separated from Him.

During my thirties, as I was outwardly being a wife and mother, I was also descending further and further into depression, anxiety, and ultimately active alcoholism.

I struggled with alcoholism for almost a decade, looking for help from medical treatment and fellowship with other alcoholics. Nothing was touching it -- nothing was helping me put down the bottle and take control of my life. I sought mental health treatment for the trauma I experienced around the rape and the abortion, but I was still suffering, and I was still drinking. It constantly weighed on my mind that I was in a state of mortal sin -- I had killed my baby. I needed to go to confession, and so I finally did. Even though my priest granted me absolution, somehow I didn't feel forgiven. I continued to drink.

I had heard about Project Rachel somewhere, I don't remember where exactly. Should I call them? I had already been to confession for my sin, how can this be something different? I just hoped and somehow felt that it was.

I finally summoned the courage to contact Project Rachel. I got a call back from a beautiful woman, who simply and lovingly talked to me as if I were worthy of her time, and her help. What a gift!

I attended a one-day retreat in May of 2009. I was a mess, sick with fear and anger. I even took a few drinks that day to get myself to the retreat. Sitting in a room with other women who were in as much pain as I was, hearing their stories, sharing my own out loud, was an indescribable relief. I didn't know I could say, out loud, that I had had an abortion and have those words be met with acceptance and understanding.

I didn't know it then, but that day at the Project Rachel retreat was the beginning of my journey back from the depths of alcoholism. Slowly, with work on my part, and help from others who suffer from the same spiritual malady, I found myself on the path to sobriety and in a relationship with God. I have found peace and forgiveness and mental wellness.

I know that my child is with God. I know that my living children and my husband and I are also with God. We are all together today, in God's hands. I hold that child and my children in my heart every day, and I am grateful for Project Rachel for bringing me to this place of peace.

For more information on Project Rachel, including an explanatory video, visit website at www.ProjectRachelBoston.com or call 508-651-3100. All calls are confidential.