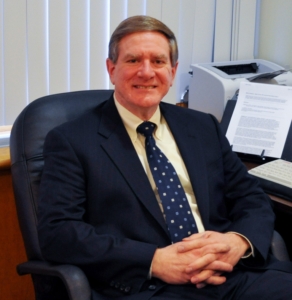 Peter J. Cataldo, a renowned bioethicist, has been named the first chief health care ethicist for the Archdiocese of Boston and will assume this role on Sept. 1.

Cataldo will report to Father Bryan Hehir, the secretary for health and social services, for the archdiocese. The two men will oversee Catholic identity in six regional Catholic hospitals formerly owned by Caritas Christi and recently sold to Steward Health Care System LLC in a deal finalized last November. In turn, Father Hehir and Cataldo will report to Cardinal Seán P. O'Malley.

"We're very lucky to have a person of his background and caliber," said Father Hehir.

"His great value is that he's not only got a philosophical background, but his field of bioethics is specified in many ways by its Catholic content," he also said.

Cataldo is currently the director of the Office of Catholic Identity at the Catholic Medical Center, a full-service hospital in Manchester, N.H. Prior to that, he directed the Respect Life office for the diocese of Manchester and also served for 18 years with the National Catholics Bioethics Center, based in Philadelphia.

The 2010 agreement between the archdiocesan affiliated Caritas Christi and Steward, a subsidiary of Cerberus Capital Management, preserved the pensions of Caritas healthcare workers and infused revenue into the then struggling hospital chain. The hospitals, formerly operated as non-profits, became part of a health care system run for profit.

As part of the agreement, Steward also agreed to maintain the Catholic identity of the hospitals and comply with the U.S. Conference of Catholic Bishops' Ethical and Religious Directives for Catholic Health Care Services (ERDs).

"The cardinal's desire in all of this was to maintain Catholic health care in Boston," said Father Hehir.

Father Hehir described "Catholic identity" as covering three main areas: the sacramental and spiritual (such as maintaining chapels and access to chaplains), Catholic social teaching in that providing healthcare is a basic human right, and upholding the ERDs with their standards of moral arguments and principles.

"We will clearly be relating to the ethics committees within the hospitals as well as being concerned about the overarching ethical framework of the system as a whole," said Father Hehir.

Father Hehir also said that they will be establishing relationships with the ethics committees, personnel and administrators.

"Making sure we've got an ongoing positive relationship, a helpful relationship, so that all the hospitals see us as a positive, helpful force in what they're trying to do," said Father Hehir.

Cataldo, who comes from a medical family, graduated from Manchester's St. Anselm College in philosophy and received masters and doctorate degrees also in philosophy from St. Louis University. He taught full-time as an assistant professor of philosophy at Stonehill College and Merrimack College. He has also been on the adjunct faculty at St. John's Seminary in Brighton and the Thomas More College of Liberal Arts in Merrimack, N.H.

He began his tenure at the NCBC in 1991 and gave 80-100 ethic consultations yearly while serving as the staff ethicist from 1991-2006. He has also authored over 90 published works with titles including "The Fetal Tissue Issue Revisited," "A Cooperation Analysis of Embryonic Stem Cell Research," and "Models of Healthcare Collaboration."

"They loved it, because before a lot of physicians did not want to consult the ethics committee, because the turn-around time sometimes prevented them from moving on. And when you have an ethics dilemma, you really need some real-time answers," said Pepe.

Cataldo also developed a program at CMC called Memory Garden, where patients who had lost an unborn child at less than 20 weeks old, can opt to have the remains cremated and interned with the partnership of a local funeral home and cemetery. Families of the children are invited to an October memorial service around the Feast of the Guardian Angels.

Cataldo said he looked forward to working with Father Hehir "on a strategy that will enable us to access the needs with respect to the ERDs implementation in the hospitals and ethics education and other related ethics issues."

"I think that Steward has indicated a very strong commitment to preserving the Catholic identity of the Catholic hospitals. And I look forward to working with them," said Cataldo.