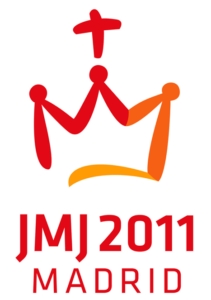 BRAINTREE -- Though nothing can replace an actual pilgrimage to World Youth Day, media professionals from the archdiocese want to offer an unprecedented look into the experience of young Catholics meeting up with the Vicar of Christ.

The coverage will span from online reports filed from a new media team, to broadcasts of the major papal events from CatholicTV and extensive coverage in The Pilot and at PilotCatholicNews.com.

Over 500 young people and adult leaders from parishes and groups in the Archdiocese of Boston will be attending World Youth Day (WYD) with Pope Benedict XVI this month in Madrid, Spain. Joining some of them will be Domenico Bettinelli and George Martell from Pilot New Media.

"The idea is to use new media to help those who couldn't go, whether family or friends, to sort of travel along virtually with their pilgrim, so that can follow in real time what's going on," said Bettinelli.

In a partnership with the archdiocesan Office of New Evangelization for Youth and Young Adults (ONE), Bettinelli and Martell will upload photos, videos, and blog entries to a dedicated website for the event: WYDMadridBoston.com. They will also post updates to archdiocesan Facebook, Twitter, and Flickr accounts and capture audio to be broadcast on "The Good Catholic Life," a radio show produced at the archdiocesan Pastoral Center and broadcast on WQOM AM 1060.

The men will travel with an umbrella group of pilgrims, organized through ONE, of over 300 high school and university students and report on their trip. The team will also focus on a select group of eight pilgrims that serve as a cross-section of sorts from the larger group.

Included in the eight are students and young adults, a mother and daughter, a deaf high school student, and a priest. Their experiences will be documented before, during, and after the trip to Madrid.

Father Matt Williams, director of the ONE office, called WYD, "one of the greatest Catholic experiences in the Church today," but said that many cannot go in person.

The new media team, "affords us an opportunity to tell the story of World Youth Day from the Boston angle, the Boston flavor and will help people to see the great gift of our young people and the hope that they are in the future of the Church, as they are the Church present now," said Father Williams.

For Bettinelli and Martell's mobile coverage, the duo will employ a breadth of equipment including: multiple cameras, an audio recorder, an iPad and iPhone, and a MacBook laptop.

In the field, the team will use portable wireless internet technology to get information on the web in near real-time.

CatholicTV will broadcast the major events of WYD including the opening Mass, the arrival of Pope Benedict XVI, his meetings with religious women and university professors, the Way of the Cross, and the concluding Mass with the pope.

Father Robert Reed, the president of the network, will offer commentary from a special news desk at the network's headquarters in Watertown. CatholicTV will be partnering with other groups on the ground in Madrid, such as H20News, Rome Reports and Family Theatre.

In the fall, the network will show a retrospective program from WYDs from Madrid and the previous location of Sydney, Australia. Leading up to the week in Spain, the network has been showing programs chronicling the history of WYD from the first one held in 1985.

The CatholicTV programming will also be available to view on their website, CatholicTV.com.

"What you want everybody to come away with is the sense of that community with Catholics all over the world, that sense of unity, that sense of one, holy, Catholic and apostolic; you see that living and breathing, and you see it in a high energy format and just a really great environment," said Bonnie Rodgers, programming and marketing director of CatholicTV.