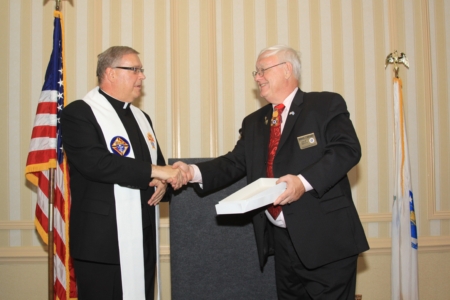 The Catholic Schools Office (CSO) has announced that Jorge Hernandez has been appointed as the new Area Superintendent for the Merrimack/North Regions.

Before this new role, Hernandez spent eight years at Merrimack College, most recently as the director of freshman admissions and interim dean of admissions. He began his career as a teacher and coach at Peabody Veterans' Memorial High School where he was an English Language Learner/Bilingual Education and Spanish teacher. Hernandez earned a B.A. from Villanova University and a M.Ed. in Curriculum and Instruction with a specialization in Literacy at Lesley University.

As area superintendent for the Merrimack and North regions, Hernandez will work with approximately 40 schools, Pre-K to grade 12. He will give special attention to promoting enrollment management across the Archdiocese of Boston.

New appointments to CSF board

The CSF supports the educational mission of the Church for all students regardless of race, religion, national origin, or gender attending Catholic primary and secondary schools located in the Archdiocese of Boston.

Chacon has recently accepted the role of senior associate director for campaign planning at the Massachusetts Institute of Technology (MIT). Shapiro is the president of the Hillcrest Group Inc., a business and professional consulting firm based in Cambridge and has been involved with CSF through the Foundation's Leadership Gift Team and Development Committee. McDonough is currently the CEO and president of T2 Biosystems, a venture backed medical diagnostics company. He previously served on the CSF Allocations Committee.

In their new roles, Chacon, Shapiro, and McDonough will lead the efforts of the CSF board to help raise and distribute over $7 million a year in support of Catholic education and the Foundation's signature program, the Inner City Scholarship Fund.

The announcement was made at a July 31 dinner honoring Bishop Emeritus of Worcester Daniel Reilly, as he stepped down from his post as long-time state chaplain. It was also announced that Bishop Robert Hennessey will assume the role of state chaplain.

The National League for Nursing has again recognized Regis College nursing programs as a Center of Excellence in Nursing Education. Regis College is one of eight schools to be chosen for the designation in 2011-2015 and it was one of just six schools chosen for 2008-2011.

The Center of Excellence (COE) notation distinguishes "those schools that demonstrate sustained, evidence-based and substantive innovation; conduct ongoing research to document the effectiveness of such innovation; set high standards for themselves; and are committed to continuous quality improvement." The award, given in three categories, recognizes Regis for "creating environments that enhance student learning and professional development."

The Missionary Franciscan Sisters of the Immaculate Conception recently elected new officials at the order's 20th general chapter held at their "Enrico de Ossa" (House of Hospitality) in Rome. The order's leadership house is in Newton.

The Missionary Franciscan Sisters of the Immaculate Conception were founded in 1873 by Elizabeth Hayes who would also be known as Mother Mary Ignatius of Jesus. The sisters follow the Third Order Rule of St. Francis of Assisi and serve in social and pastoral services, education, Catechesis, health care, prison ministry, and other areas. They have missions along in Australia, Bolivia, Canada, Egypt, England, Ireland, Italy, Papua New Guinea, Peru and the United States.