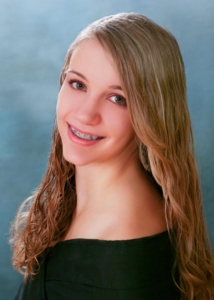 MARLBOROUGH -- SADD (Students Against Destructive Decisions), the national schoolbased, peer-to-peer prevention, education, and activism organization, has named Deanna Boucher of Lowell 2011-2012 SADD National Student of the Year. Boucher will be the national student spokesperson for the organization, which has nearly 10,000 chapters and hundreds of thousands of active participants in schools nationwide.

A recent graduate of the Academy of Notre Dame in Tyngsboro, Boucher will begin her term as the SADD National Student of the Year during the organization's annual conference in Chicago, June 26.

"I'm excited about this opportunity to make a difference and help influence teens across the nation to make better life choices," Boucher said. "I believe in and am passionate about SADD's mission, and I hope to accomplish as much as possible within the next year. I hope to help SADD better understand some of the many difficult issues I see youth facing today."

Boucher has been an active SADD student since she was a freshman. She has been both secretary and co-president of her local chapter, served on the Massachusetts SADD Student Advisory Board, and served as a member of the 2010-2011 SADD National Student Leadership Council.

"Hard-working and committed, Deanna will be an exceptional spokesperson for SADD, working tirelessly to ensure that teens are fully prepared to make good choices in a world full of challenges," said Penny Wells, president and executive director of SADD.

"Being chosen SADD National Student of the Year is a great honor and a natural progression for her. We are confident she will thrive as a leader, an educator, and an important voice and advocate for teens nationwide," Wells added.

Student of the Year responsibilities include publicly addressing issues affecting teens, serving a one-year term on the SADD National Board of Directors, and leading nine other youth leaders who will comprise the SADD National Student Leadership Council.

The National Student Leadership Council advises the SADD National Board of Directors on policies and programs, plans and implements the annual SADD national conference, and serves as a national and regional student representation network.

Boucher has achieved academic success in many subjects and has been honored with academic excellence awards in multiple curricula. She has been instrumental in planning many of her SADD chapter's activities, such as Grim Reaper Day, Rachel's Challenge, and the @15 Exchange. She is an avid dancer, serving as co-captain and student assistant of the Dance Expressions Ensemble. Boucher is also a volunteer for St. Patrick's Parish Youth Choir.

In the fall Boucher will be attending Marywood University in Pennsylvania, where she plans to study photography. She is the daughter of Norm and Kathy Boucher of Lowell.