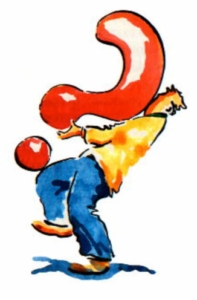 BRAINTREE -- Once she completed Alpha, Sarah Drake's attitude towards her faith changed.

"I just started to fall head over heels in love with the Catholic Church, with so much richness, tradition and beauty and I wanted to learn about it," said Drake, a parishioner at St. Mary Parish in Franklin.

Alpha is a 10-week ecumenical Christian program that communicates basic Christian beliefs. Examples of topics covered include the Incarnation of Jesus, salvation, prayer and Scripture reading.

Each session of the course lasts nearly two hours and includes dinner, a video presentation and small-group discussion. Also as part of the course, participants attend a weekend of day-long retreats.

The program originated in the Anglican Church. While it is not exclusively Catholic, a Catholic version of the program is offered which delves into topics such as the Eucharist and the sacrament of reconciliation.

The program was officially approved for use in the Archdiocese of Boston by Cardinal Seán P. O'Malley in 2006.

"Many of our Catholic parishioners have benefited from the Alpha program by way of its building on their initial interest in the Church, as a pre-catechumenate experience, or for others, a renewal of their desire to more deeply understand and live their Catholic faith," the cardinal wrote.

Drake was one such Catholic who became more involved in her parish as a result of the program.

Drake, now 45 and a married mother of four, was raised Catholic and attended Mass regularly.

"I was just sort of going to Church because that's what I learned to do," she said.

"I really felt like I never learned anything about my faith," Drake also said. "I always believed in God, that there was something more powerful out there, but I didn't know how to access it."

She was working full time and raising a family, and was "dying to be involved in a church."

"But I didn't think it would be in a Catholic church," she also admitted.

Drake began participating in Alpha at her parish in 2002.

"All of the sudden, the Mass started to come alive," Drake said, adding that Alpha led her to become more active in her parish.

Nearly ten years after starting Alpha, Drake is a parish religious education teacher, coordinator of St. Mary's children's liturgy and eucharistic minister. She has also participated in ARISE: Together in Christ, a spiritual renewal program launched in the Archdiocese of Boston in 2007.

"It truly was the door for me into the faith I grew up in but I never knew," she said.

For Kiernan, the program allows participants to deepen their Christian faith in a gentle environment.

"We take people where they're at. We just welcome them and let them ask any questions," he said. "It's not forceful or pushy in any way."

Kiernan said the program is valuable for cradle Catholics who are confused about their faith or may have been poorly catechized; but it can also be used as a faith formation component for those entering, or re-entering, the Church.

He said the program would be an asset for lapsed Catholics who have returned to the Church following the archdiocese's Catholics Come Home initiative.

Peter Carpentier, of St. Mary Parish in Georgetown, trains pastors and parish leaders in the Alpha program. He praised Alpha, saying "it's an absolute winner" which "brings people in the door."

Carpentier said the program has been effective in addressing what he says is Catholics' "fear of evangelizing"; active Catholics not inviting lapsed brethren to return to the faith.

Carpentier said that the program can be a big help to those active Catholics who may not have a solid grounding in Church teachings.

"It works well to enlighten your faith and commit to Church life," Carpentier said. "The strategy has been, and continues to be, to use the Alpha program as a point of entry back to the Church."

Carpentier said the program's Biblical focus is also an asset and that addressing the Gospel leads to focusing on other faith matters.

Carpentier also told The Pilot about the program's teen component, Alpha for Youth.

Whereas the adult program includes a lengthy video presentation, the teen version includes shorter live talks enhanced with multimedia such as Power Point and video clips.

Parishes such as St. Joseph's in Holbrook, have used it as part of their confirmation preparation program.

"It really seems to just touch them on a very personal level," said Terry Grzybinski, a coordinator of the Alpha program there.

As a result of the program, Grzybinski said that while some teens may enter the program just because it is required, she has seen teens return to assist with the course in following years.

Within the parish, she said she has seen previously inactive parishioners become more active in the parish as a result of completing the course.

"Mostly people just seem to get excited about the faith and more in touch with their personal faith," Grzybinski said.

She noted how the program aids cradle Catholics.

"It's an opportunity for people to come back and make that decision more for themselves and really ask the questions they may not have been able to ask in a formal setting," Grzybinski added.