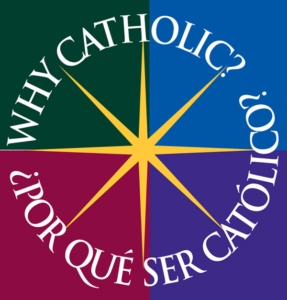 BRAINTREE -- Next year, local Catholics will once again have the chance to gather in small groups to discuss their faith, this time around the catechism and the Bible.

"I've come to appreciate that small faith-sharing groups are essential to the life of the Church these days," said MaryAnn McLaughlin, co-director of the archdiocese's Worship and Spiritual Life Office. "One of the things that's happening in small groups is that people are learning the language of the faith."

In Lent 2012, the Archdiocese of Boston will participate in the Why Catholic? program, a faith formation program spearheaded by New Jersey-based RENEW International, an organization that promotes spiritual renewal among today's Catholics.

Why Catholic? is based on the four pillars of the Catechism of the Catholic Church -- prayer, doctrine, the sacraments and morality. Each theme is explored over 12 small-group sessions that include prayer, reflection and discussion. The program begins with the topic of prayer, and continues into Catholic teaching, the sacraments, and living the Catholic faith.

McLaughlin said that Why Catholic? blends Scripture and catechism to allow participants to "reflect in prayer on Scripture, prayerfully on the catechism and talk to one another on questions that provide a prompting for conversation."

"In order for us to evangelize we need to have a language to articulate what we believe and what we live," she also said.

She said that Why Catholic? is valuable in light of the Archdiocese of Boston's 2011 launch of Catholics Come Home, an effort to welcome lapsed Catholics back to the Church. She said the program would further enable practicing Catholics to communicate their beliefs and the reasons for their Catholic life.

"It's not enough to say how I live," McLaughlin said.

"Today we have to be able to say why my actions connect to what I believe."

Training for group leaders will be held in the fall to prepare for the Lent 2012 program launch.

"This is an opportunity for people to come and not only see what the Catholic Church actively teaches but be able to talk about that and how it connects to their life," Sister Terry said.

She added that the program will promote evangelization and adult faith formation.

"There is a great need for people to know their faith and pass on that information," she said. "It's information for transformation."

Sister Terry said Why Catholic? is RENEW's signature program. It began nine years ago and has been offered in over 50 dioceses.

RENEW compiled ARISE: Together in Christ, a three-year spirituality-based program, for the Archdiocese of Boston. ARISE spawned the small faith-sharing groups that came together in the parishes to pray, reflect and act on their faith through social justice projects.

A total of 180 parishes participated in ARISE.

Then, in Lent of 2011, many parishes continued their faith-sharing groups through Lenten Longings, based on the Lectionary.

The building of small faith-sharing groups, which has come out of programs such as ARISE, is important for the Church, according to Sister Terry.

"The vision is we would see the parish as a community of small communities," Sister Terry said. "What people are looking for is a more personal experience."