We have four issues drifting about in the backwaters of a wayward mind looking to be thrashed out.

The wages of the NFL fiasco: Put it this way. They're beginning to look incalculable.

You want nasty? Try the tirade of the San Diego Chargers' player rep, Kevin Burnett, who loudly branded the NFL's Lord High Poobah, Roger Goodell, "a blatant liar" (unquote). Such challenges to the Commissioner's basic honesty have been rampant over the first two colorful weeks of this fracas, which in the long run may prove more entertaining and almost as violent as your basic NFL tilt. Which side might ultimately prevail in this deepening madness is the province of the gridiron gods, but the biggest loser has already been established. It's the aforementioned poobah, Squire Goodell.

Let's face it, all commissioners of all sports essentially represent the owners who hire them and pay their handsome, eight-figure, salaries. But the smart ones with Palmer "Pete" Rozelle, the most legendary of Goodell's predecessors being only the ultimate example, are exceedingly clever at pretending at least that the needs and affections of the stiffs who play the games are just as near and dear to their hearts as the lofty profit margins of their owner buddies. In this fundamental but highly approved deceit, Goodell has been a monumental failure. His allegiance to the owners and fierce defense of their interests has been total. So he's lost the players, totally.

Here's a prediction you can take to the bank. When this mess is resolved, which won't be before mid-August if it's allowed to play out in the courts, the clock will start ticking on Goodell and he'll be gone within a year. The owners may insist that a patsy occupy the chair but they want one who is a rather better actor.

"Get thee to the Library!" Which is what the President of the United States should have declared to the collegiate basketball delinquents of America instead of playing footsy with the perpetrators of March Nonsense again this year.

The first time the President staged that weak photo-op critiquing the NCAA basketball field and picking the final four it was kinda cool, you know, establishing him as a regular guy, no doubt, to the delight of his political choreographers. When he did it again his second year in office it became merely "okay," and you were tempted to snicker, "have you nothing better to do, sir?" Going back to the tired gimmick for a third time this year, however, was way over the top, especially coming at the height of a global double-header meltdown; literally in Japan and figuratively in Libya. At what point do the choreographers recognize this stunt plays into the hands of Mr. Obama's most irrational critics, you wonder?

But the biggest complaint here concerns the folly of the office of the presidency itself serving as a promoter of the moral and ethical outrage of this tournament which more than any other event on the collegiate sporting calendar makes a mockery of the pretense that major college sport is the province of genuine student-athletes.

Globe columnist Derrick Jackson did a brilliant job of exposing the monumental hypocrisy at the heart of this foolishness when he calculated that roughly one third of the teams in this year's tourney -- including all of those having a true chance to win the thing -- fail to graduate at least half their basketball players.

Mr. Jackson's advice to the President is gloriously simple but very wise. He suggests the President consider the proposal that any school that does not graduate at least half of its players be ineligible for this tourney. After all, that proposal happens to come from Mr. Obama's own Secretary of Education, that old Harvard hoopster Arne Duncan. You might say, "Three cheers for common sense!"

Quo Vadis Bruins (a reprise): They are Lions in winter reigning supreme over February when they win seven straight with six of them on the road prevailing in some of the toughest buildings in the league and some imprudently dare whisper, "the Cup."

Now it's March and they are toads again as they meekly tiptoe toward the playoffs. They would have six losses in the seven games since the win-streak if they played in a league where a loss was still a loss instead of a game they can pretend they didn't lose just because they survived until overtime. Precious good that mentality will do you in the playoffs. Win seven. Botch seven. There's something almost biblical about it. We remain undeceived. This team is flirting with another first-round wipe-out.

It would be easy to hammer on the coach or scorn the deadline deals made by the still green GM were it not for the fact that this irrational streakiness has been a Bruins' specialty some 20 years since their last really exceptional wagon featuring the likes of Brothers Neely and Oates, Bourque, Brickley, Dave "the Governor" Poulin and Glen Wesley were raising our hopes to unrealistic levels every year about this time. Keep in mind that batch of Bruins didn't win anything either although they might have come a lot closer if Wesley hadn't fired the puck over the Edmonton net when it was wide as the entrance to the Callahan Tunnel and utterly open.

Over the years there have been no more likeable sportsmen in this town than the Bruins. They are also the most frustrating. Wait until next year.

The Chara incident: Enough already. The hue and cry over the regrettable mishap in Montreal whereby the Bruins Goliath of a defenseman ran a luckless Canadien winger into a mis-placed stanchion amounts to an utterly bogus controversy.

Anybody who argues Chara should have recognized the looming problem along the boards and thereby avoided it has never been on skates let alone played the game of hockey. You have to understand these people are moving rather swiftly and when two chaps are entangled stride for stride and bouncing off the boards with sticks at high port the last thing they are going to realize is that just ahead there's a protruding stanchion that shouldn't be there in the first place. The culprit, if there is one, is the Montreal management responsible for the quirks of their rink, not Zdeno Chara.

Yet two weeks later the bickering increases. Hockey writers who had little to say when the Penguins Matt Cooke bushwhacked the Bruins Marc Savard with malice clearly aforethought now want Chara suspended upwards to 10 games. They've got it cockeyed. It's all about intent. Cooke viciously took aim at Savard's head and leveled him. There's no such evidence of malicious intent to injure in Chara's unfortunate encounter with Max Pacioretty.

But the dumbest argument of all which has been raised by several who should know better asserts that Chara escaped punishment only because he has a ''good reputation.'' This, the critics say, amounts to granting a guy a free pass for his first offense no matter how serious it may be. There's a certain perverse logic to that premise but if that's what it's come down to in the mounting furor over sport's gratuitous violence you wonder if there's any real hope of sensibly resolving this complex issue.

While the biggest man in the game and one of the toughest Chara has never been involved in a controversy having to do with excessive force in his 13 NHL seasons. He backs down from no one on the ice, nor should he, but given his immense size and strength he may be pound for pound as clean a player as you'll find lasting so long playing defense in this league. This is a bright, well-read man who speaks many languages. In all walks of the game he's respected as a sophisticated gentleman gracious in his dealings with others.

That doesn't mean he won't lay a stick across your shoulder blades if you refuse to budge from his crease. But in any field of endeavor that counts itself as "civilized" what a man's done and been for 13 years should count for something when his character is called into question. 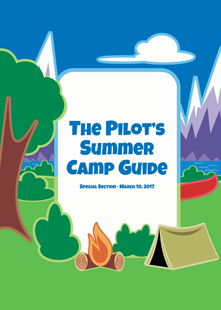