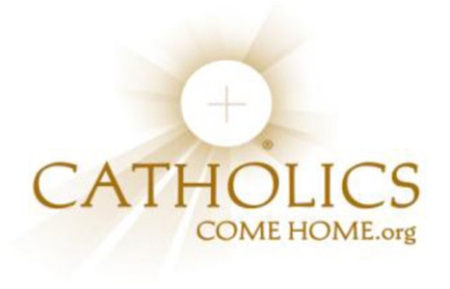 BRAINTREE -- While a barrage of commercials is set to blanket Boston's airwaves throughout Lent inviting lapsed Catholics to return to the Church, the real responsibility of welcoming them lies with people in the parishes.

And those parishes must be ready to receive them.

According to Deacon Bill Maloney, of Holy Trinity Parish in Quincy, the "commitment of people of faith to share their faith in a loving way with people who have that interior longing to be connected to their faith and Christ" will decide the success of the Catholics Come Home program.

From Feb. 22 to 24, the Archdiocese of Boston hosted three workshops as part of the Catholics Come Home (CCH) initiative to train parish leaders on how to welcome Catholics who resume practicing their faith as a result of this effort. The workshops drew a combined 300 people.

The two-hour afternoon sessions were held at Feb. 22 at St. Michael Parish in North Andover, Feb. 23 at Our Lady Help of Christians in Newton and Feb. 24 at the archdiocese's Pastoral Center in Braintree.

"The great hope of Catholics Come Home is that all of us will grow in our faith, hope, love and prayer, and through our growth in evangelization we will bring so many people back to our knowledge and love of service to the Lord," said vicar general and moderator of the curia Father Richard Erikson.

Father Erikson addressed the attendees on behalf of Cardinal Seán P. O'Malley, who was returning from his Apostolic Visitation to Dublin, Ireland.

Curran is a native of St. Malachy Parish in Burlington and has also served as a consultant to the United States Conference of Catholic Bishops' evangelization committee. In addition, he was a part of the National Council for Catholic Evangelization, taught theology at Rivier College in Nashua, N.H. and was the evangelization director at Ste. Marie Parish in Manchester, N.H.

Workshops explored why lapsed Catholics may have left the Church and the reasons they may feel compelled to return. Additionally, the meetings offered parish officials practical ways to make their local church communities more hospitable and welcoming.

"The central goal was to get people in the parishes ready for those who would be returning," said Archdiocese of Boston Secretary for Faith Formation and Evangelization Janet Benestad.

Curran outlined numerous suggestions to effectively welcome lapsed Catholics back to the parishes, but particularly discussed the importance of greeters at Mass.

He suggested greeters be regular Mass goers because they would be able to easily spot people who do not normally attend a specific Mass, and be able to introduce them to existing parishioners.

Greeters should "find it natural to smile," Curran said.

Curran advised that greeters hand out missals to those who attend church and should be prepared for their ministry by being given a sample statement to say; from there they would become more confident.

However, according to Curran, greeters and ushers should not be the same people.

"Do not turn ushers into greeters," he said.

Curran's advice about greeters resonated with Deacon Maloney, an attendee from Holy Trinity Parish in Quincy.

"It's initial human contact," Deacon Maloney said. "You're connecting with a human being, who, for any number of reasons may have been away from the Church for years and years and years for intimate personal reasons."

Other suggestions for receiving lapsed Catholics back in the Church, according to Curran, included making sure churches are clean, as well as displaying information about parish ministries including contact information. Also important is to showcase "glorious" and "liturgically appropriate" music at Masses. Having attendees introduce themselves to fellow worshipers at the beginning of Mass "if it works in your community," would also be helpful. Furthermore, a better explanation of the significance of the sign of peace and Communion would help those who have been away remember the importance of the Mass.

Regarding Communion, Curran recommended inviting those who cannot receive Communion to approach the priest for a blessing, a practice which has already begun in many churches.

Father Robert Deehan, pastor of Holy Family Parish in Duxbury and a workshop attendee, said that what can make Catholics Come Home effective is "that all the parishioners take seriously their call to share faith and make invitations to those they know who could use an invitation to return to the Church."