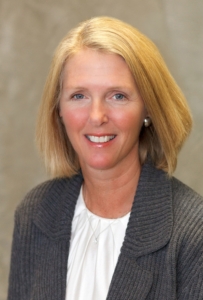 BRAINTREE -- Kathleen Driscoll has been tapped to become the archdiocese's new fundraising chief and will oversee a new, consolidated organization that will raise funds for the archdiocese and some related Catholic organizations.

Driscoll most recently served as president of the Campaign for Catholic Schools, which raised money to revitalize the archdiocese's Catholic schools.

On Nov. 1, Cardinal Seán P. O'Malley announced Driscoll's appointment as Secretary for Institutional Advancement/Chief Development Officer. With her appointment, the archdiocese also announced the formation of Boston Catholic Development Services, an independent organization that will raise funds for the archdiocese, the Clergy Funds and the Campaign for Catholic Schools.

"Kathleen is a talented professional who is deeply committed to the Catholic faith," Cardinal O'Malley said.

"She is distinguished by her breadth of experience, ability to develop and implement strategic planning and success in raising needed funds for our Catholic schools. Further testimony of her commitment to the Catholic Church was her recent work as co-chair of the Priest Appreciation Dinner," he added.

This year's dinner, which was the second in as many years, raised $1 million to benefit the archdiocese's clergy retirement and health care funds.

"She has demonstrated exceptional insight in her work and a strong commitment to Christ and his Church. These and many other wonderful traits and experiences make Kathleen ideally suited to lead our new development effort," Father Erikson said.

Father Erikson said that with the generosity of the faithful and Driscoll's leadership "we will continue to provide pastoral and spiritual guidance and care for our Catholic community today and for future generations of Catholics."

In her new role, Driscoll will oversee the newly-created Boston Catholic Development Services (BCDS), which will raise money to further the work of the archdiocese, including central ministries, Catholic school revitalization efforts, and initiatives to bolster priests' retirement and health care funds.

Previously, each of these entities performed their own fundraising operations, which Driscoll said resulted in the same donors being asked to give to different causes of the archdiocese.

"If the left hand knows what the right hand is doing, we'll do a better job managing that," she said.

"There's a level of donor fatigue among many of our Catholic donors and benefactors that this will hopefully minimize," she added.

Father Erikson agreed with this assessment, saying that combining the fundraising operations of the Catholic Foundation, which oversees the annual Catholic Appeal, the Campaign for Catholic Schools and the Clergy Fund will result in "greater synergy and greater consolidation" in the archdiocese's fundraising efforts.

Driscoll also said that BCDS does not hold any assets, and donors will direct their donations to specific causes represented by BCDS -- not to BCDS itself.

According to Driscoll, it is the role of all Church employees to rebuild trust in the local Church, and said that she can "be a witness to the truth" in her new role within the archdiocese.

"We all have a responsibility to work hard at regaining trust in our archdiocese right now, be it in the hierarchy or the non-hierarchy," Driscoll said.

Driscoll said that in her new role, she wants to focus on targeting young adults as potential new donors. While she said that many may not have the financial resources for philanthropic donations, they could be tapped for volunteer work, which would promote healing within the Church.

"If people can come in and be part of the work of the Church, that can bring them back to the sacraments and the Eucharist," Driscoll said.

"It's not all about just donations," she also said. "It's also about time people want to give."

Since 2008, Driscoll has been president of the Campaign for Catholic Schools, a donor-advised fund of the archdiocese that has raised over $58 million to rebuild local Catholic schools.

Prior to that, she served as Vice President of Corporate Communications and Senior Vice President, Brokerage Sales at John Hancock Financial Services.

She began her career as an elementary school teacher, and then moved into advertising. Her most recent advertising role was as Senior Vice President/Group Director at the Boston-based Hill, Holliday, Connors, Cosmopoulos, Inc.

She serves on the boards of Catholic Charities and Pope John Paul II Catholic Academy, and is a member of Women Affirming Life.