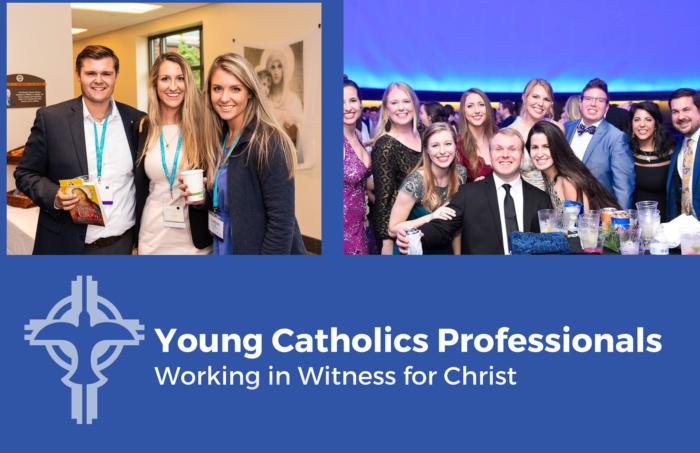 BOSTON -- Young Catholic Professionals will mark the launch of their new Boston-area chapter on Sept. 18 by holding a celebration that they hope will set the tone for future events.

Boston's will be the 25th chapter of Young Catholic Professionals (YCP), a national organization that originated in Dallas, Texas, in 2010 and has since spread throughout the U.S. YCP fosters community and Catholic identity among young adults in different professions by connecting them with each other and with seasoned business professionals, challenging them to "work in witness for Christ."

Tyler Piazza, the Boston chapter's founder and president, used to attend YCP events in Dallas, such as their executive speaker series and networking happy hours. When he moved to Boston in January 2020, he hoped to find the same kind of community. He was shocked to learn that the city did not have its own YCP chapter.

He decided to solve the problem by starting a chapter himself. YCP founder and Executive Director Jennifer Baugh utilized her contacts in the area, and Cardinal Seán P. O'Malley gave a formal blessing for the chapter.

"It really just needed somebody to come in and make it happen," Piazza said.

He stressed that YCP Boston is not looking to compete with other young-adult ministries in the area. Rather, it will aim to promote existing organizations and connect people with them.

Piazza, who works at a biopharmaceutical consulting firm, said he thinks YCP Boston offers an opportunity for "fringe Catholics," his term for those who would like to engage more with the faith but may not want or feel ready to attend other kinds of faith-based activities.

"It's much more accessible to go to a networking happy hour than it is to dive right into a Theology of the Body Bible study, for example," he said.

Piazza noted that there is no large, well-known organization to support young professionals in the Church, such as there are for Catholics in other stages of life. He cited the examples of LifeTeen for high school students and FOCUS for college students. He said he thinks people in their 20s and 30s are underrepresented, and that the Church should be looking for innovative ways to connect with them.

When people leave college, he said, many look to reconnect with or deepen their faith. YCP would provide a community in which they could do that.

"I think YCP serves that role and really fills that gap," he said.

Piazza added that he thinks that YCP "can be the single biggest evangelization tool for any given diocese to connect with that population."

The coronavirus pandemic delayed the Boston chapter's official launch, but its leadership did not let the time go to waste. They spent the last year and a half fundraising and getting the word out about the creation of the group. Over the last three months, they have been undergoing a training program with the national staff.

The YCP Boston launch event will take place at Hurricane's at the Garden on Sept. 18 at 7 p.m. Admission and food will be free. Attendees must be 21 or older and are asked to register at YCPBoston.org/events/ycp-boston-launch-party.

"It'll be a celebration to kick off and set the tone for the type of events that we want to organize," Piazza said.

After a period of time for networking, YCP national Vice President Peter Blute will deliver remarks. Information will be shared about how to get involved with YCP Boston, and they will announce the speaker for their first executive speaker series.

"We'll be looking to host unique speakers who have lived out the Catholic faith while also excelling in their careers and becoming leaders in their industry," Piazza said.

Although most of their networking events will be free, there is also a membership available for those who want to be more involved in the local chapter of YCP or the national organization. A membership grants access to exclusive events, such as executive panel discussions, as well as national offerings, including a spiritual hotline and executive coaching and mentorship.

More information about the Boston chapter of Young Catholic Professionals can be found at www.YCPBoston.org/ and on Facebook and Instagram @ycpboston.