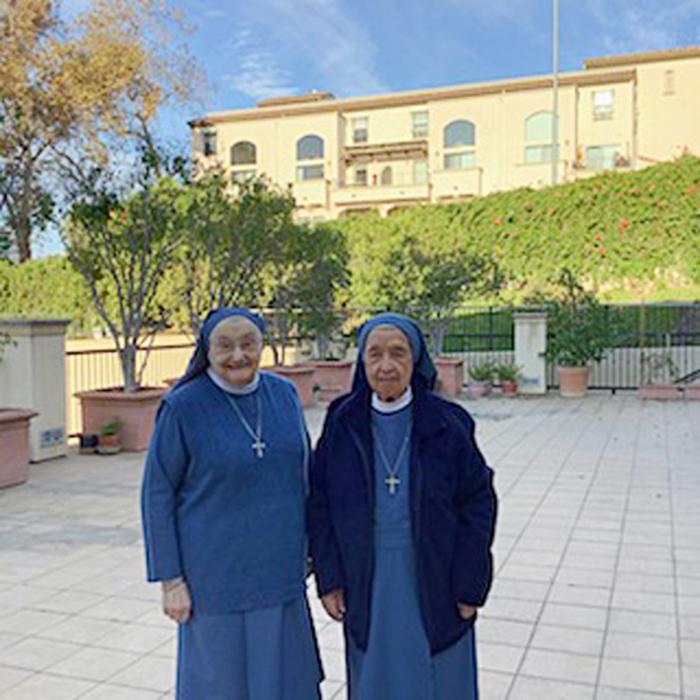 Sister Gioviani Fratelli, PDDM, and Sister Oliva Pacheco, PDDM, at the Sister Disciples Convent in Los Angeles where they stopped on their way to their new assignment in Fresno. Photo courtesy/Sister Nieves Salinas, PDDM

Although their lives began thousands of miles apart from each other -- one in Cinisello-Balsamo (near Milan) Italy, the other in Mexico City, Mexico -- two Sister Disciples of the Divine Master have worked closely with each other in different assignments of their congregation, most recently here in the archdiocese. They will be assigned together again, though this time closer to Mexico City and farther from Milan -- and Boston.

Sister Gioviana Fratelli, PDDM, entered the Sister Disciples in Alba, Italy, in 1943. Alba is about halfway between Genoa and Turin in northwestern Italy, not far from either the French or Swiss borders. The tumult of World War II was still raging and even ratcheting up in Europe. Sister Gioviana made her first profession in Italy in 1946, and she was among the initial group of Sister Disciples to arrive in the United States, their first house being on Staten Island in the New York Archdiocese.

Sister Gioviana has been a guiding and steady hand with a genuine knack for management issues of the congregation -- she has been a kind of treasurer; facilities manager, site manager for construction projects; and adviser to the leadership of the US Province. However, you'd never know how much of a significant role Sister Gioviana has played in these areas, essential for her religious family. Beyond this, however, "Gioviana" -- as she's easily referred to -- is a personable and easy conversationalist; a wise counselor about community life, and a ready wit.

Sister Gioviana has been assigned across the US, but especially to Los Angeles and Fresno, and, since 1988, here in the archdiocese. Assigned, as are all the Sisters to "West Street," she has been a familiar presence at the gift shop and the Sisters' workshop at the Pastoral Center in Braintree and Cathedral liturgies.

Sister Oliva Pacheco, PDDM, was born and raised in Mexico City and entered the Sister Disciples there in 1956. Her first ministries were in Mexico City, where she pronounced both her first and then final professions in 1960 and 1965, respectively.

Sister Oliva arrived in the United States in 1981 and was assigned to the Los Angeles community, where she worked "behind the scenes" in the workshop preparing vestments. Sister Oliva had a brief assignment to Boston (1990-1993) and returned to the archdiocese in 2012, also in the vestment preparation department.

While this narrative reports on the "work" the Sisters do; they are also involved in other, even more important service to the Church.

The first is prayer. All religious are committed to prayer both in common and in private. The Sister Disciples, however, add to that a dimension of prayer for the Church, but especially the clergy.

Their congregation has several "missions." They all lead both to and from the Eucharist. First is their prayer, which is focused on adoration of the Lord in the Eucharist. Then, their service to liturgy in such ways as Sister Oliva's specialty, vestment preparation or the community's presence at archdiocesan liturgies, especially at the Cathedral -- and not just Boston's but those in other dioceses where the sisters serve. The Sisters are also known and admired and loved by the priests of this archdiocese for their outstanding service to our senior bishops and priests at Regina Cleri Residence.

Sister Gioviana and Sister Oliva are on their way to Fresno. They left the archdiocese for their new assignments in the Golden State. They made an initial stop at the relatively new convent and store in Los Angeles -- not far from the new Cathedral of Our Lady of the Angels.

The archdiocese will miss both sisters greatly. But they go with our prayers and thanks; and we can be sure of their prayers for the archdiocese, especially for our priests for whom the sisters are always interested and concerned. 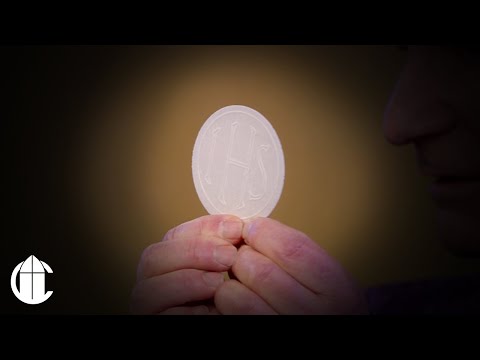