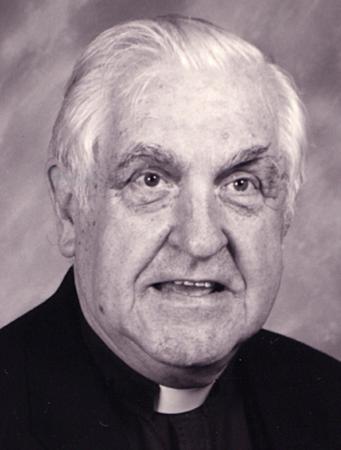 Father Paul E. Curran, who was a Hub native and served as pastor at St. Michael in Avon, died at Massachusetts General Hospital on Oct. 13, 2020. One of the four children of the late John and Mary (Foley) Curran, he was born on Aug. 7, 1928, and raised in Dorchester in St. Mark Parish. He was an alumnus of the parish school; Boston College High School, '46, and Boston College, '52. He served in the United States Army after high school and, on his return to Boston, went to Boston College for his undergraduate degree.

Father Curran promoted a reputation as a no nonsense, tough and remote man; yet many parishioners testify to his ready presence at the bedsides of the sick and dying; his brief, some said, "curt" homilies; and his often brusque manner. He seemed especially proud of his reputation as a "thorn in the side" of some "thorny" pastors. He never denied the tales of his seeking out assignments with pastors who were notorious for their frankly dictatorial style. And while very attentive to his priestly responsibility, he did as much as he could to challenge such pastors.

In 1986, he was assigned to St. Michael Parish in Avon, first as administrator (1986-1987) and then as pastor (1987-1995). He was mellower as his own boss and parishioners appreciated his presence. He returned to ranks, as they would have it in the Army, as parochial vicar at St. Gerard Majella in Canton until his retirement in 1998 at the age of 70.

For the next 10 years, he was a senior priest in residence at Holy Ghost Parish in Whitman. In September 2008, he entered Regina Cleri Residence in Boston. There, he was more noted for his silence -- some say he would have given "Silent Cal" Coolidge a fair contest for speaking the least in any situation.

His Funeral Mass was celebrated at Holy Ghost Church, Whitman, on Oct. 20. At his request, Father Jason M. Makos, presently assigned to St. Agatha, Milton, but who was one time assigned at Holy Ghost, served as the homilist.

The principal celebrant of the funeral Mass was West Regional Bishop Robert Reed, and other concelebrants were the parish's present pastor, Father Thomas Stanton and its parochial vicar, Father Robert Cullen. 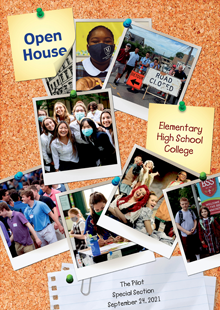