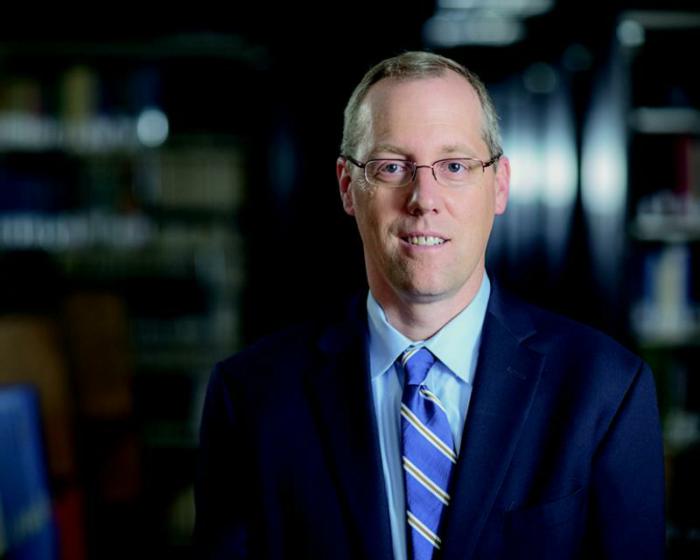 WASHINGTON (CNS) -- For those who think they've seen everything worth seeing on TV, they may need to hit pause.

There is a Catholic streaming service called Formed, run by the Augustine Institute based in the Denver suburb of Greenwood Village. The institute itself claims its genesis in St. John Paul II's 1993 World Youth Day visit to Denver, and the pontiff's call for a "new evangelization."

While TV has been a source for evangelization since the days of Archbishop Fulton Sheen in the 1950s, the splintering of the TV universe into network, cable, satellite and streaming services has made the field a rocky one for Catholics. Catholic institutions have been reluctant to pay for TV time as a plethora of Protestant preachers have been willing to do; by the same token, the Catholic Church also has looked askance at asking viewers on-air for contributions, while their Protestant counterparts haven't thought twice about flashing a toll-free number at the bottom of the screen.

Yet despite the Catholic Church being the largest denomination in the United States, Catholic television has come in for criticism for not being fully representative of the faith.

Along comes Formed, which boasts thousands of hours of content in rotation across its platform. While there are many familiar names who are featured in programs -- among them Auxiliary Bishop Robert E. Barron of Los Angeles and Scott Hahn, Formed eschews a star system -- think of all those authors and TV preachers who are more of a "brand" than they are flesh and blood -- Formed's content is arranged by topic.

Formed celebrates its fifth anniversary Sept. 1, according to Tim Gray, president of the Augustine Institute and a program host on Formed.

In 2014 -- when Netflix was still mailing DVDs to its subscribers -- "we started with a simple platform for our youth Bible studies, and that was very popular," Gray said. People liked the platform for easy access. He added parishes loved it as well, especially with Formed's video material on youth and child ministry.

As a result, "we launched it at a bigger scale," Gray said. "It's been a home run since. It's amazing."

He added, "I thought we could have a lot of reach, but it's exceeded the expectations we've had, that's for sure. That's usually how the Lord works."

Formed produces about 25% of its content, according to Gray. "We're always looking for good Catholic content. It's got to be orthodox and it's got to be high quality," he said, adding video comes from Catholic Answers, the Knights of Columbus, Ignatius Press and other apostolates. "We've been able to find a lot of great content partners," Gray said.

Another requirement: "It's got to be fresh. Our latest release is called 'The Search.' It's high-quality, professional videography that you'd find in Hollywood, and you'd find on any channel."

Formed has two kinds of subscriptions: parish and individual. "We have a couple of different price points depending on the size of the parish," Gray said, ranging from $740 to $1,800 per year. About 6,000 parishes subscribe to Formed.

Individual subscriptions can be had for just $9.99 a month, and there are about 6,000 who get Formed that way. "That would have grown a lot, but we lose individuals to the parishes -- which is fine," Gray told Catholic News Service. When parishes subscribe, every household in the parish gets to watch Formed at no charge.

Another sign of growth: Formed crossed the 1 million mark of registered users in late spring.

Gray said viewers like Formed's catalog of movies; in the catalog is the 1999 miniseries "Joan of Arc," which won an Emmy nomination for Leelee Sobieski in the title role. Oddly enough, for a video platform, other favorites are audio dramas. Gray cited two in particular: "Francis the Barefoot Saint of Assisi" and "The Adventures of Robin Hood."

EWTN says it has 12,000 programs in its streaming service. Gray isn't fazed. "I think there's a great complementarity with EWTN," he said . "A lot of parishes use the Formed platform for their RCIA catechists, for sacramental prep, for Bible studies. That's what EWTN doesn't do." Moreover, Formed has not only its audio dramas but there's a "a book section where they can download books," Gray said. "It's not just video."

Formed may branch out still further into daily programming. Subscribers "love hearing a conversation about faith and God, so I see that growing. I think more live programming on the platform is pretty popular," Gray said.

"Our mission is simply to help Catholics understand, live and share their faith. We do that in our graduate school in an intense way. We have our faculty on the Formed show 'Formed Now.' Not everybody can go to graduate school but they can listen in on the conversation."

When you keep your eye on TV, what do you see? What are your likes or dislikes? What are your concerns and criticisms? Be as general or as specific as you wish. Send your comments to: Mark Pattison, Media Editor, Catholic News Service, 3211 Fourth St. NE, Washington, DC 20017.