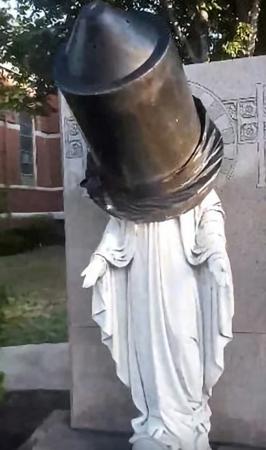 DORCHESTER -- During the same period of time that a statue at St. Peter Parish in Dorchester was being vandalized, a statue at the nearby St. Teresa of Calcutta Parish was also desecrated, according to the Catholic Action League of Massachusetts.

The League called the desecrations "an appalling, depraved, and sacrilegious expression of contempt for Our Lady, for the Catholic Faith and for the Catholics of Boston," and called on the Boston Police to undertake a hate crime investigation into the incidents.