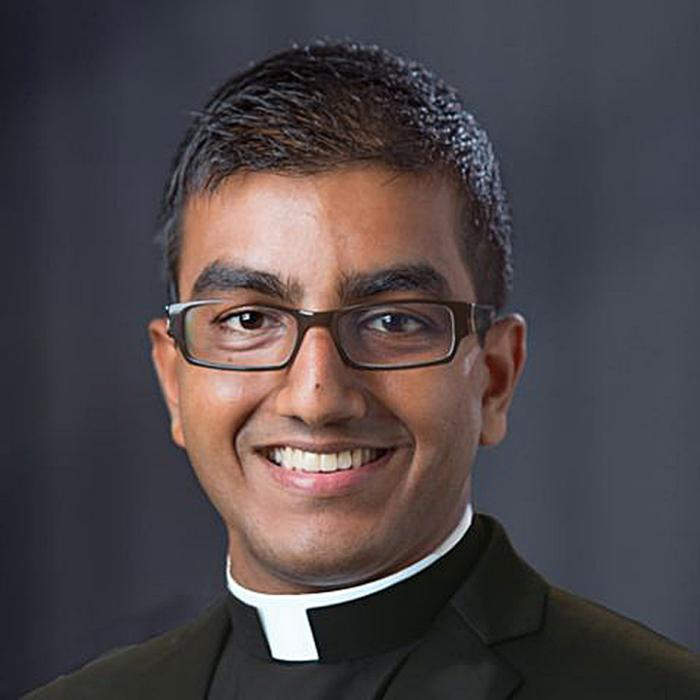 ROME -- Deacon Denis Nakkeeran thought he had his life figured out. Having grown up in a Catholic family in Brooklyn, New York, he planned to study medicine and become a doctor.

He moved to Boston to study human physiology at Boston University. There, he was invited to go on a retreat, during which he had a "very powerful conversion experience" and began to better understand his faith.

"I knew that my life had to change at that point. So I started investigating more," Deacon Nakkeeran said in a Feb. 27 interview.

At the end of his freshman year, a senior he knew, now Father Michael Zimmerman, announced his decision to enter the seminary. He invited Deacon Nakkeeran and several others out to dinner to talk about vocations.

"I didn't really think that priests were real people that had gone to college," Deacon Nakkeeran said. Someone choosing to explore that vocation was "a very profound thing for me to see."

That started his initial questioning about his vocation, but he did not think seriously about it until his sophomore year, when he was invited to a discernment retreat.

"That's when I really started encountering seminarians and priests as real people and seeing them live (their vocations) out joyfully. It was an incredible experience seeing that, seeing them human in the best possible way, and seeing that it's a possibility for people," Deacon Nakkeeran said.

After that, he said, "I couldn't get the question out of my head."

Deacon Nakkeeran credited his spiritual director and the campus Fellowship of Catholic University Students (FOCUS) missionaries with helping him learn how to pray.

He said his spiritual director "pushed me to ask the big questions and gave me the courage to actually think about the possibility that I could be called."

In his senior year, he and his classmates were often asked what they planned to do after graduating. While others cited plans to go to law school or medical school, Deacon Nakkeeran decided to apply to the seminary.

"Being in the sciences, it was not a usual thing for someone to be thinking about priesthood," he said.

He did not know how people would react when they learned about his decision. To his surprise, people reacted "pretty positively," saying it was "refreshing" to hear about someone discerning the priesthood.

His parents were surprised by the decision, since he had always said he wanted to become a doctor.

"I didn't tell them until I was certain that I was going to apply. And it took them a little while to adjust to it, because it just kind of came out of the blue for them," Deacon Nakkeeran said, adding that "they started warming up to it after a little while."

He entered St. John's Seminary in 2014. After two years there, he went to Rome to study at the North American Pontifical College.

Deacon assignments work differently for the seminarians in Rome, where there are fewer English-speaking parishes. Many seminarians work in campus ministry. Deacon Nakkeeran was assigned to minister to Providence College students.

"It's been a great experience being able to provide something that has helped me growing in my faith," he said.

As the coronavirus pandemic spread in Italy and the U.S. this spring, Deacon Nakkeeran had to make a sudden return to Boston. He arrived home March 23 and had to undergo multiple quarantines.

In a June 12 email, he said that during that time he felt, "a real lack of stability in many areas in my life."

"It was rather difficult for me to not feel like I was firmly planted anywhere. But, even in the midst of all this instability, God, who is the one constant, was very much present and at work. There have been so many graces being poured out during this time," he said.

Those graces included learning new ways to minister and ways of "loving and being loved."

When asked what advice he would give to someone discerning a vocation, Deacon Nakkeeran said to "Talk to the right people," including vocation directors, a spiritual director, Catholic friends, and, of course, Jesus.

"Discernment isn't just this weird, ethereal voice that tells you (your vocation), but it's a calling within that relationship," he said.