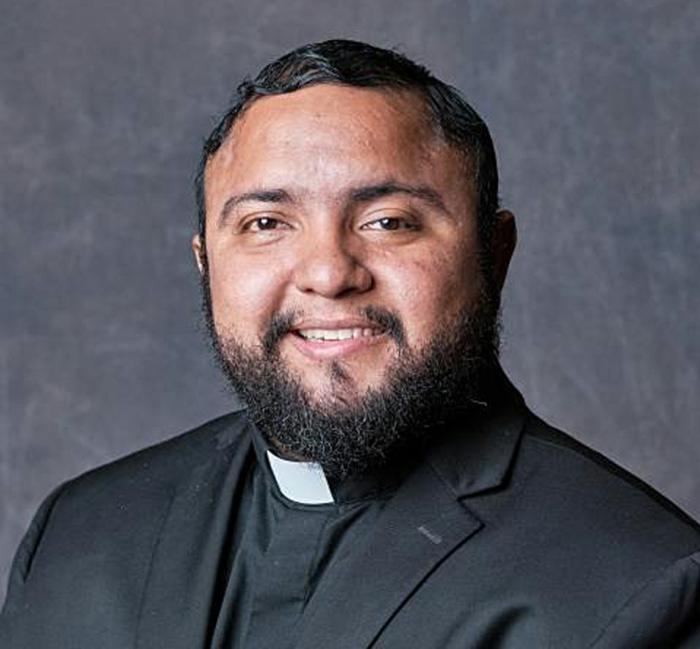 (This is the second in a series of articles profiling each of the five men in the Archdiocese of Boston's ordination class of 2020. Their ordination Mass is currently scheduled to be celebrated by Cardinal Seán P. O'Malley Aug. 1 at the Cathedral of the Holy Cross.)

CHESTNUT HILL -- Deacon Fernando Vivas grew up near Managua, the capital of Nicaragua, in a family that he described in a March 13 interview as "nominally Catholic."

When he was 15, his parents emigrated to the United States while he stayed behind to live with his aunt and grandmother. A year later, his parents divorced. Deacon Vivas started to wonder where God was in the midst of everything, but no one could answer his questions about suffering or meaning in life. He thought that perhaps there was no God.

"I knew there was something missing, like this feeling (that) I was meant to be happy but somehow I felt cheated," Deacon Vivas said.

He decided to dedicate himself to studying, earn a degree, and try to be happy. He went on to study business administration at the National University of Nicaragua.

One of his high school friends, Gabriel, was involved in the Neocatechumenal Way. He and his family were a great influence on Deacon Vivas.

"He never got tired of telling me 'God loves you and he has a plan for you,'" Deacon Vivas said.

In their first year of college, Gabriel invited him to attend talks hosted by the Neocatechumenal Way. What he heard there, Deacon Vivas said, was "mind-blowing."

"I thought, if I go to church, then I will have the priest telling me don't smoke, don't swear, kind of a legalistic point of view, what you shouldn't do. But they didn't tell me this. What they told me was, 'God loves you as you are.' And this was freeing because I realized, if God knows what I've done, what I'm doing, what I will do, and even though he knows all this still loves me, I can be free today," Deacon Vivas said.

He was also influenced by a seminary rector who caught his attention. This priest was "always happy," whereas Deacon Vivas had thought of priests as generally grumpy or angry. Up until then, his idea of happiness had included marriage and children.

"God showed me there that he can also make a happy priest. He is the one, the source of happiness," he said.

He added, "When I allowed myself to be open to the idea (that) God can make you happy, that's when everything changed."

Deacon Vivas got involved with the Neocatechumenal Way and began to feel God calling him to do something. He prayed to know what God wanted him to do and asked to receive an answer within five years.

One day, when he was praying about his vocation, he opened a Gospel to a random passage, which happened to be about Jesus sending the disciples out two-by-two to preach. Deacon Vivas saw this as confirmation that God was calling him to the seminary.

In 2009, he entered a Redemptoris Mater seminary in Nicaragua, and eight months later he was assigned to Boston.

During his time in the seminary, he spent three years doing missionary work in New Mexico, Texas, and Arizona.

"There, I experienced firsthand the Gospel preached on foot, knocking on doors, inviting people to the church, the suffering and struggles of people with opioids and so many different difficulties, but also firsthand how God provides. He was there with me. He was actually waiting for me there," Deacon Vivas said.

Regarding what gifts he will bring as a priest, he said, "What I bring is what God has done with me. Because if he has done this with me, he has the power to do it with anyone," he said.

He was ordained a deacon in June 2019. He said that after the laying on of hands, he began to weep with joy.

"Today I can say I am happy. Not as I was 15 years ago when I was in college (and) really didn't know what to do with my life. But today I see firsthand that God has made me happy," he said.

Deacon Vivas said he feels "impelled" to seek those who have left the Church as he once did.

"God has taken me and my life and shaped me into what I am today for their sake," he said.

With the priesthood ordinations rescheduled for Aug. 1, Deacon Vivas has continued to minister during the pandemic at St. Joseph Parish in Lynn.

In a June 12 email, he said the experience has been "very fruitful" for his formation, seeing parish priests' efforts to serve their people when so many were afraid and in need. Seeing people's desire for the Eucharist also, "enkindled in me an even greater desire to evangelize," he added.

"I never thought we, as a community, will be living in times like these. But, I think this situation will make us reflect on many aspects of our Church life that we took for granted," he said.