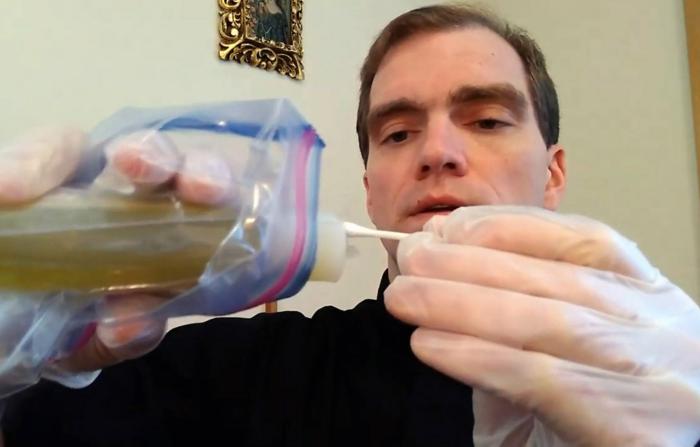 BRAINTREE -- During the weekend of April 18-19, the archdiocese launched its ministry to provide the Sacrament of the Sick to hospital patients dying of the COVID-19 virus.

The approximately 20 priests who volunteered for the ministry have been assigned to live in houses where they will self-quarantine while serving hospitals in their geographic area. This arrangement is intended to allow priests to minister to COVID-19 patients in need of the Anointing of the Sick while preventing cross-contamination between hospitals and local communities.

Originally, priests under the age of 45 who had no preexisting health conditions were asked to consider volunteering for this ministry. However, many of them invited older priests to attend the virtual training, and some older than 45, being in good health, volunteered.

Father Michael Zimmerman, one of the participating priests, said he saw it as "a very concrete way I can help our country, the Church, (and) individual people who are suffering."

Father Zimmerman was ordained in 2017 and serves as the assistant director for the archdiocese's Office of Vocations. He recently made a full recovery from the COVID-19 virus. For the anointing ministry, he has been assigned to serve hospitals in Cambridge.

In an April 27 interview, Father Zimmerman said the best way to request the sacrament for a critically ill COVID-19 patient is through their nurse or physician, so the hospital will be aware that a priest is coming.

Protocols vary slightly between hospitals, which have significantly reduced visitor access during the pandemic. Sometimes it takes a few phone calls to give the visiting priest clearance to enter. Some hospitals' protocols include checking the priest temperature for signs of a fever.

"Once we're inside, the nurses and everyone on the floor is welcoming, gracious and appreciative that we're there," Father Zimmerman said.

Before seeing the patient, the priest puts on personal protective equipment (PPE), often including a smock, a face mask, and a face shield. Instead of a book, he brings a print-out of the prayers that can be disposed of after the visit. Often, he recites most of the prayers from the hallway, only entering the patient's room for the actual anointing.

Under normal circumstances, a priest would use his thumb to anoint the individual's forehead and the palms of their hands with the Oil of the Sick. Instead, in this ministry, the priest uses a cotton swab to anoint the patient's ankles or feet.

"It's a sad thing, on one level, because you see the people are alone and the only people they get to see are totally covered up. But it is, I think, a grace for everyone that the sacrament is able to come to them. You can see that it brings them peace," Father Zimmerman said.

He said the priests try to minister to the hospital staff members, praying for them and giving blessings.

"Everyone, to some degree, feels helpless. And so being able to bring Christ's peace into those situations is a beautiful thing," Father Zimmerman said.

Another volunteer, Father Michael "Mike" Sheehan, parochial vicar of the Catholic Parishes of Arlington, has been sharing daily video updates about the ministry via YouTube. In an April 26 video, Father Sheehan described one moving experience of visiting a hospital.

"What really blew me away was how very open and friendly and helpful all of the people in the hospital were toward me," he said, adding that he was "very impressed and thankful with the professionalism and the kindness of the people in that hospital."

Father Tom Macdonald, Father Ryan Connors, and Father David Barnes were assigned to live at a residence in Brighton and provide the sacrament at six hospitals. When they are not being called to anoint patients, they keep busy even in isolation. Father Macdonald still has his responsibilities as vice-rector of St. John Seminary. Father Connors, a St. John Seminary faculty member from the Diocese of Providence, teaches his classes via Zoom. Father Barnes keeps in touch with the students of Boston University, where he served as the Catholic chaplain.

In an April 23 interview, Father Barnes explained that the Sacrament of the Sick brings both physical and spiritual healing. It strengthens the individual, sanctifies their suffering, and unites their suffering to Christ's. If the recipient is "rightly disposed," the sacrament can also bring forgiveness of sins.

"It unites them to Jesus in a very particular way," Father Barnes said.

Father Macdonald said he was "happy to volunteer" and "excited to be involved in this ministry."

"It was a great honor to be able to return that favor, that grace, by administering the last sacraments to him," Father Macdonald said.