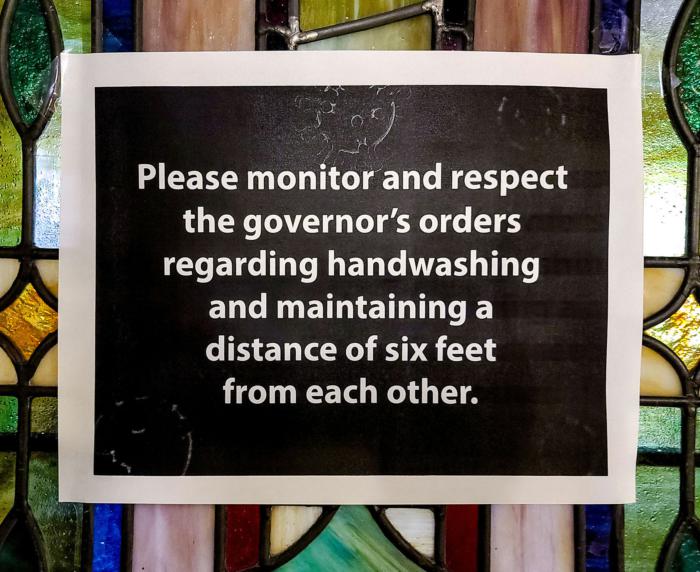 Parishes turn to Internet as Masses are suspended

Catholic schools turn to virtual learning during time of closure

BRAINTREE -- In response to a stay-at-home advisory issued by Gov. Charlie Baker, Cardinal Seán P. O'Malley has issued new, stricter guidelines under which churches in the Archdiocese of Boston should remain open to the public. The cardinal also urged populations vulnerable to COVID-19 to "exercise careful and prudential judgment" when deciding to visit a church.

The governor's advisory was made March 23 and was accompanied by an order directing the closure of non-essential businesses and prohibiting gatherings of more than 10 people effective at noon March 24.

In a message to priests March 23, Cardinal O'Malley said, "Due to a careful reading of the Governor's announcement, and given the clear limitation to any gatherings over 10 persons, all of our Churches and public Chapels can have restricted, limited access as of noon tomorrow (March 24) until further notice."

"With careful monitoring priests may open their Churches for prayer and adoration during clearly limited times; however, there can be no more than a total of 10 persons in the Church at any moment, there must be a member of the clergy present at all times, and social distancing must be practiced," the cardinal said.

Later guidance from the archdiocese directed that churches to provide disinfecting wipes to visitors to be used to clean the area they occupy and to grasp the door handle while leaving.

The cardinal also reminded the priests that Masses recorded or live-streamed via the Internet should be "limited to essential people" and celebrated without a congregation.

Even while allowing churches to remain open, the cardinal called on the faithful to follow public health guidelines and carefully consider whether they should visit a church or chapel, particularly those over age 70 or those with underlying health conditions.

"With recognition of the responsibilities that we all have during this time of public health crisis, I encourage all people to limit social interactions, and therefore to exercise careful and prudential judgment before making a decision to visit a church," Cardinal O'Malley said.

In his message, the cardinal suggested that priests could place a monstrance with the Blessed Sacrament in the window of their rectory, "if it is feasible for those to pray and view the monstrance only from their cars in the Church parking lot."

The chancellor said that provisions were being made to allow employees to work from home and that it was the cardinal's wish to continue regular pay for all Pastoral Center employees at least through the April 3 pay cycle.