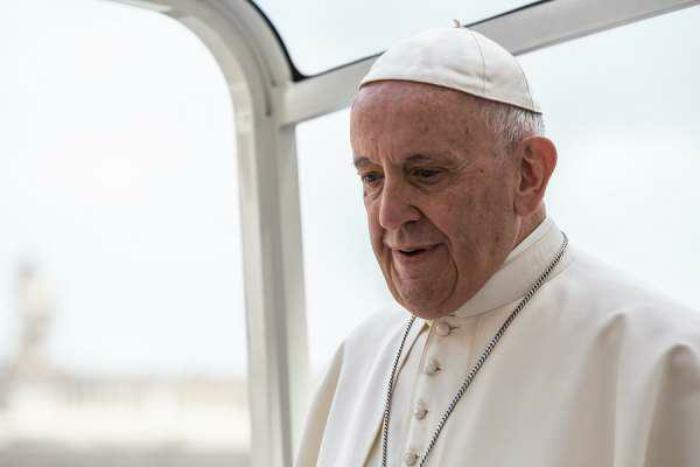 Vatican City, Feb 29, 2020 CNA.- Pope Francis Saturday told the Legionaries of Christ religious order to look toward the future as they continue to reform themselves, seeking continuous conversion under the guidance of the Church.

The pope’s message was sent to the religious order of priests at the end of the congregation’s 2020 Ordinary General Chapter in Rome, which began Jan. 20, to elect new leadership and to discuss handling of abuse.

The pope told the Legion there is still much that “must be discerned on your part. So the journey must continue, looking forward, not backward. You can look back only to find trust in the support of God, who has never failed.”

“Returning to the past would be dangerous and meaningless,” he said.

The nearly six-week-long meeting took place during a time of widespread public criticism of the Legionaries of Christ, which reported in December 2019 that since its founding in 1941, 33 priests of the congregation have been found to have committed sexual abuse of minors, victimizing 175 children, according to the 2019 report.

The Legionaries of Christ was founded by Mexican-born Fr. Marcial Maciel, who himself abused at least 60 minors, according to the order, and is accused of using the religious congregation he founded to provide him access to abuse victims, and funding to support mistresses, children he fathered, and an alleged drug habit.

In his message to the group Feb. 29, Pope Francis urged them to continue their “path of renewal,” which, he said “has not ended, because the change of mentality in individual people and in an institution requires a long time of assimilation, therefore a continuous conversion.”

The pope pointed to the crimes of their founder and the institutional and individual crisis their emergence caused.

Maciel may have been their founder from a historical standpoint, Francis said, but he is not an example to imitate.

Pope Francis also emphasized the “maternal guidance of the Church” toward the Legionaries of Christ in the period following the revelations about its founder.

The congregation’s new constitutions and statutes have led to a change in mentality, he said, and the crisis has “brought about a true conversion of heart and mind.”

“This was possible because you have been docile to the help and support that the Church has offered you, having realized the actual need for a renewal that would have brought you out of self-reference, in which you had closed yourself,” the pope said.

During their general chapter, the Legionaries of Christ elected new leaders, including Fr. John Connor, LC, to be their new superior general.

At that meeting, the current general director, Father Eduardo Robles-Gil, received mandates to implement changes in the legionary formation process and to implement safe environment policies for the care and protection of minors.

Addressing the new general governments of the Legionaries of Christ and of Regnum Christi, the pope said they have a mandate from the Church “to continue on the path of renewal, reaping and consolidating the fruits matured in these years.”

“I urge you to act fortiter et suaviter: energetically in substance and gently in ways, knowing how to grasp with courage and at the same time with prudence what other paths are to be taken in the line drawn and approved by the Church,” Francis stated.

“If you docilely go to the school of the Holy Spirit you will not be overwhelmed by fear and doubt, which upset the soul and prevent action.”

The speech was sent to the Legionaries of Christ and to the lay consecrated members of Regnum Christi, who just finished their own general assembly, after the pope canceled his public audiences for the third day in a row due to a mild illness.

Regnum Christi is a Catholic movement made up of the Legionaries of Christ religious congregation of priests and seminarians, as well as consecrated and lay members.

There are fewer than 1,000 priests in the Legionaries of Christ, which runs schools in South and North America, and in Europe.